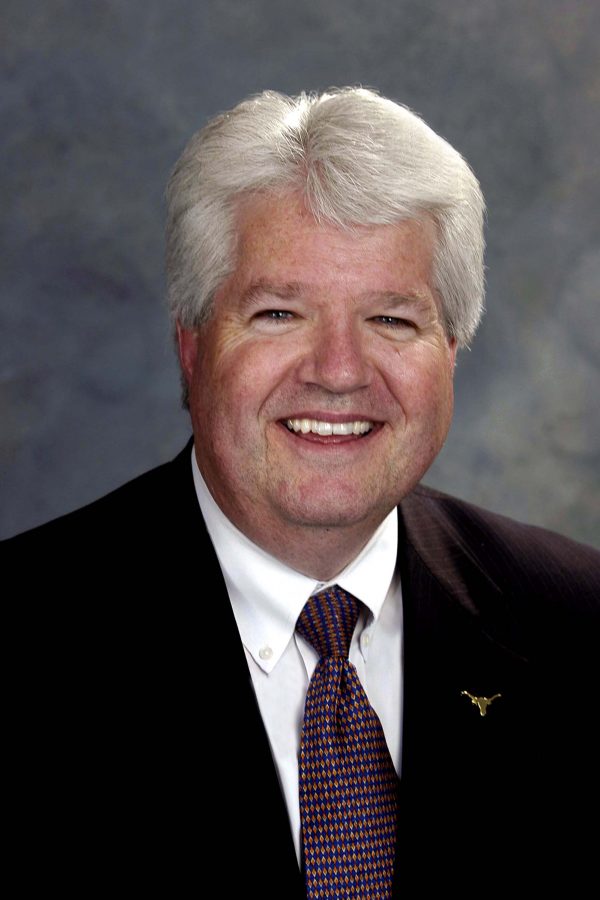 Every week, the Daily Texan Editorial team will sit down with a campus or community figure to ask them about campus issues. These conversations, edited and condensed for clarity, will run in the paper on select Mondays. This Monday, our Q&A is with  Kevin Hegarty, the Chief Financial Officer of the University of Texas at Austin, who has also served as the chair of the Shared Services Committee, part of the exploration of President William Powers Jr.’s Business Productivity Initiative. The plan issued by that committee, which sets forth a vision for more streamlined and efficient administrative processes at the University, generated criticism last week for its recommendation to eliminate 500 positions at UT over the next five years.

Daily Texan: In the document prepared for the campus discussion of the Shared Services plan, it says, “Shared Services is about congregating those transactional elements into a single unit focused only on providing that service in the best manner possible.” Explain that so that a freshman, a non-business major, knows exactly what you’re talking about.

Kevin Hegarty: Oh boy. The University, in essence, buys many, many millions of dollars — billions of dollars of things — a year. Certainly hundreds of millions of dollars a month. So let’s just take procurement. There are aspects of procurement that deal more with the kinds of thing you’re buying. But there are also common elements of transactions: putting them in the system, getting them approved, getting them paid for, making sure you receive the goods. Those are all common elements that happen hundreds, thousands, millions of times a year across this campus. And they’re done by many hundreds of people. So, for example, we have a central group that procures for the University, but there are 800 people at the University in the departments that have purchasing authority that actually affect part of the process. Some of those people have unique knowledge: “I’m working in this lab, this lab has to have this type of chemicals, ordered from this company, etc.” But they’re also having to do the rest of the process, which submitting the order, receiving the order, making sure the order gets paid, etc. That lab order goes to the department, that department will look at it and say, “Did they need it? Was it authorized?” They do the same thing over again. In some places, that will go to the business office in the college, they do the same thing again. And finally, it reaches us. So in some cases, these common elements are being replicated from the lowest level of detail at multiple levels across this University. That’s not a very efficient use of labor.

DT: So by “unique knowledge,” you mean the knowledge that somebody working in a lab has of, say, the chemical that they need to buy?

KH: Yes. That’s right. And that needs to stay there. Because it may only be that lab that needs that unique element. Aggregating like-kind transactions only makes sense when you have a bunch of them. You can automate it, you can bring consistent process to it, and as a result of that save money because it takes less labor. It’s taking the common elements and aggregating them.

DT: And it’s the transactional elements that are those common elements.

KH: Exactly. Another good example: When you hired somebody, first thing you have to do is recruit. That’s a very personal activity — only you know how you want to recruit and only you can identify or you and your team can identify whom to hire. That should stay where it is. But once you make the decision to hire, in our system, there’s a whole bunch of transactional elements that have to happen. You have to have the hiring approved, you have to have an appointment made that says, so-and-so now works for the university, she works 20 hours a week, here’s her salary, all those kinds of things have to happen. Those transactional elements should not be unique.

DT: So, “should not be unique” — you mean you shouldn’t have unique people doing them in each department?

KH: Exactly. There’s no need to.

KH: Well, let’s get back to the fundamental element. We want to do three things, and I want to talk about all three of them if I may: First, we want to improve the quality of the delivery. Second, administratively, we lose a lot of people every year — 12-13 percent of our workforce. These are people that are employees either on a part-time or full-time basis. And they like to leave, I think, for a number of reasons. One of which is, they become retirement-eligible. But some of them, they think, “[UT] can’t pay me what I want or I have no career progression or they asked me to do this job but they give me 1980s tools to do it with, I’m tired of this job, I’m gonna go work for somebody else.” That’s some of it to. There’s a lot of turnover. So second, if we’re gonna be competitive in the workplace for employees, we need to improve their satisfaction with their job and we see that that’s possible through shared service. The third thing is cost. We want to reduce our costs. Why? Today, deans, vice presidents — everybody — are working on five-year forecasts. And we do five-year forecasting all the time. But they’re working on five-year forecasts under some very specific assumptions: One, that their revenues for the next five years that they have to spend are, at best case, flat. Why? You can’t deny 26 years of funding trends in funding from the state. Funding’s actually declining, not growing. And you’ve heard that story. It’s 26 years of [declining state funding], so we’d be foolish to say, oh, they’re gonna figure this out and start throwing money at us. Your revenues are flat there. Tuition monies: your tuition’s been frozen for the least three years, maybe four. It’s at least three years. The regents told me and others last week, or a regent representative, that the regents are not going to entertain any tuition increase proposals for anybody in the future.

DT: Anybody in the entire UT-System?

KH: Anybody on this campus. I can’t speak for the rest of the system. My guess is it’s for the rest of the system. But we’re not increasing tuition at UT. Third assumption is, you’ve got to balance recurring revenues with recurring expenses. What I’m gonna tell you, is that if I’ve got no new revenue coming in to balance, and I’ve got no set-aside revenue, I’ve gotta let employees go in order to pay for those salary increases. And that’s what we’ve been doing the last few years. What we can’t do is not give salary increases. But employees are getting [salary increases] by cannibalizing existing jobs. And so I tell people, under that scenario, which is a real realistic scenario, that’s a recipe for going out of business over a long period of time.

DT: So let’s say we go in the opposite direction and somehow we continue on the path we’re on now, where we have “duplicate services” across the University. Some people would say that that’s a better path, even though it’s not a great business model, because we provide jobs for the Austin community —

KH: But you can’t afford it. That’s fine, if you can afford it. But they’ll work and you can’t pay them. The forecast says, you are out of money. Period. You have to cut jobs. That’s what we’ve been doing. So if you let the current model play out, my bet is, you’re going to lose much more than 500 jobs, because you can’t afford to keep the number of people that you have.  So you’ve gotta do something. Plus, if you stay on the current path, it truly is the path that the Union is criticizing the Shared Services path for. They’re saying, “You’re just really asking fewer people to do more. Work harder.” The truth is, today, that’s what we’re doing. When I have to cut jobs, which I did, in order to afford to give the people that remained behind salary increases, the work didn’t go away. What we’re trying to do in the shared services model is engineer that workload away. Fewer people will have the tools to do the things that need to get done but it will require less effort to get them done. Across the University, we’ve been reducing people, because we’ve had to. We don’t have the money to pay them. Some people say, well just don’t give salary increases. Better off that more people have jobs and some people don’t have salary increases. The best and the brightest won’t live with that. We will become non-competitive in the market, whether you’re talking about a faculty member of a staff member. And you will start losing your best people to the market to people who can pay them what they’re worth.

DT: What if the vast majority of campus looks at you and says, I understand that state funds are on a downward trend and I understand that we can’t raise tuition and I still don’t want to implement the shared services plan?

KH: If that’s the decision of the president because that’s the feedback from the campus, then we need to live with the current model. But the current model…that’s a recipe for going out of business. It is a recipe for the decline of this university, because we’re gonna have to lay off people, we’re gonna have to have a haphazard salary program. And I don’t want to see my University go that direction. And I think the vast majority of people don’t. That’s what I would predict for the future. I could be wrong.

DT: Do you think you’re wrong?

KH: I don’t think I’m wrong. Let’s put it this way: With what I know, unless circumstances change dramatically, I’m not wrong.