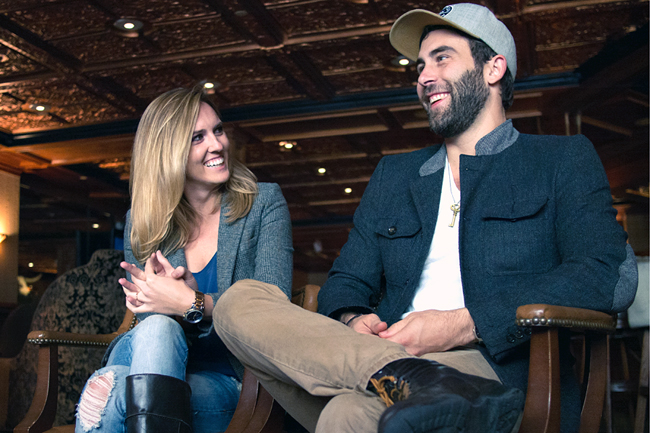 The Sessions has a vision to change the way the audience and musicians interact.

Lauren Bucherie and C.J. Vinson, the duo behind the production company The Sessions, promote new bands through live shows, music videos and artist management. What began in 2009 in Hideout Theatre has grown into a collaborative effort to find the next big music act. One way Bucherie and Vinson do this is through their Andy Warhol-inspired The Sessions Factory, a space meant to inspire artists to be more creative. The duo filmed artists in The Factory at last year’s South By Southwest and this year’s Austin City Limits Music Festival.

“With The Sessions Factory, we try to create a space where as soon as the artist walks in they know that it’s something different,” Vinson said. “And because of that, it opens them up to try new things and give interviews and performances that are not the way they always
do them.”

Many of the bands they have worked with, such as The Civil Wars who won two Grammy awards in 2012, have become nationally acclaimed. Today, The Sessions work with big names including ESPN, MTV 2, W Hotels and now C3 Presents, the company behind ACL.

One of the reasons for their success has been Bucherie and Vinson’s love of music and the desire to share music with as many people as possible.

“We keep working on our mission, which is always to find your next favorite band,” Bucherie said. “Getting to work for those companies and having them really back us up as being tastemakers on the music scene has allowed us to grow a lot in the last two years.”

At the core of the business is the ability to sift through many local artists to find the bands that have the talent and passion to succeed in a tough industry.

“We’re at a point now where we have the ability to hear a lot of music before other people get to, and it’s really exciting,” Vinson said. “It’s like being the first person to the Christmas tree and getting to go through all the presents and find the best one.”

Bucherie and Vinson have their own predictions about which local artists could attract a lot of attention in the future. Bucherie is a fan of Black Pistol Fire, Desert Noises and Emily Wolfe, whom she also manages. Vinson’s predictions are Shakey Graves and Max Frost, who was recently signed to Atlantic Records.

The Sessions doesn’t just want to introduce new music — they want to bring new ways of presenting and experiencing it. With The Sessions Factory, they aim to replace typical music videos and interviews with exciting and fresh content.

When Bucherie and Vinson aren’t filming for The Sessions Factory, they produce Living Room Live. Held on the last Sunday of every month, the show puts a spotlight on up and coming artists in an intimate setting. They are currently working on a music and travel television show, are producing the New Year’s Eve party for the W Hotel and might be expanding their Living Room Live series to select W Hotels across the country.

As the self-described tastemakers on the music scene, Bucherie and Vinson could be deciding which musicians everyone listens to in
the future.