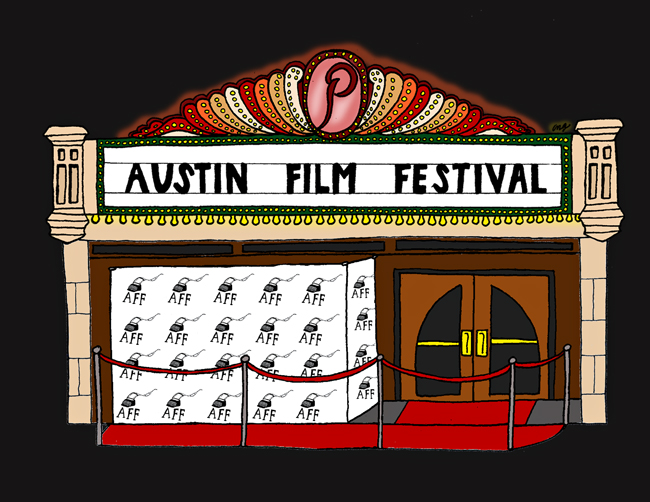 Although it may lack the blow-out party feel of South by Southwest or the genre-focused love of Fantastic Fest, this year’s Austin Film Festival is poised to stand out with a great mix of Oscar hopefuls, indies, shorts and guest speakers. The lineup gives Austin its own miniature version of the Toronto Film Festival, with a number of likely award contenders premiering over the weeklong event. Here is a list of some of The Daily Texan’s most anticipated events. The festival runs until Oct. 31.

Meryl Streep. What else is there to say? The long-anticipated adaptation of the Tony-award winning play casts Streep as the drug-addicted matriarch of a dysfunctional family brought together by the death of her husband. Ewan McGregor, Julia Roberts, Abigail Breslin and Benedict Cumberbatch round out the cast.

Idris Elba plays Nelson Mandela in this adaption of the South African President’s autobiography. While it’s hard to imagine anyone attempting a role that Morgan Freeman played in 2009’s “Invictus,” so far there is no role too big for Elba.

Director Herschel Faber’s film — starring Skylar Astin, Camilla Belle and Chad Michael Murray — is about a Los Angeles womanizer who realizes he is sick of one-night stands. He wants to find a meaningful relationship. But when he meets his perfect match, he must choose between her and the girl who realizes all of his sexual fantasies. Faber, who also wrote “Cavemen,” was a semi-finalist in Austin Film Festival’s Comedy Script Competition.

Tommy Oliver’s “1982,” tells the story of a father’s attempt to protect his daughter from the horrors of drug abuse after her addict mother returns home. The film has a dark premise and promotes a great chemistry between father and daughter. The film stars Hill Harper, Bokeem Woodbine and Quinton Aaron. Oliver will attend the Texas premiere.

If the popularity of public screenings of the final season were any indication, Austin loves “Breaking Bad.” Show-runner Vince Gilligan, who will be honored with the Outstanding Television writing award at this year’s festival, will present the first and last episode of his groundbreaking series. If that isn’t enough Gilligan, the showrunner will also present at a screening of “The French Connection” on Saturday afternoon.

Screenwriter Callie Khouri will present her Oscar-winning story “Thelma and Louise.” One of the best movies of the 1990s, “Thelma and Louise” tracks two women on a cross-country flight from the law after murdering a man in self-defense. Susan Sarandon and Greena Davis were both nominated for their lead performances, and the movie also launched the career of a guy named Brad Pitt.

The Coen brothers’ new film, “Inside Llewyn Davis,” tells a tale of the 1960s New York City folk scene. The matchup between Justin Timberlake and the writing/directing duo is uncertain, but the pop star has a reportedly small role. Oscar Isaac stars as the titular character struggling to make ends meet as a folk singer in the bleak city winter.

For awards junkies, this is a must see. Director Steve McQueen’s brutal portrayal of the true story of Solomon Northrup (Chiwetel Ejiofor), a free black man who was kidnapped and sold into slavery in the 1840s, premiered at Telluride to rave reviews and is poised to be a frontrunner in most major Academy Award categories. The film is making its Austin premiere at the film festival, so expect it to be one of the most crowded events.