Fantasy football who to start, sit for Week 8 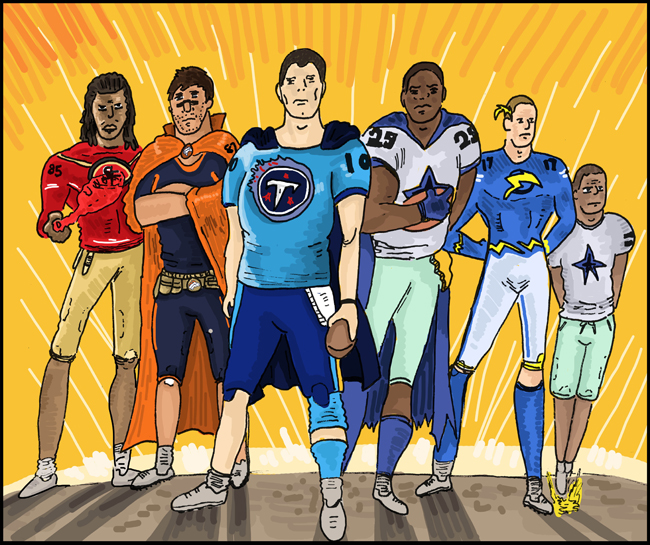 All things considered, Darren Sproles has had a fairly sub-par year – just shy of 500 total yards and only two touchdowns. Outside of PPR leagues, he should not be a given start, but this week, the Saints will be visited by the Bills. Buffalo’s defense has been making opposing running backs look good all year, and that will continue this week with Sproles.

A series of unfortunate turns for the Packers in the form of injuries to James Jones, Randall Cobb and Jermichael Finley, have forced Jarrett Boykin in the limelight. Rodgers has only Boykin and Jordy Nelson to throw to, leading to Boykin posting 103 yards against a stout Cleveland defense last week. Expect more of the same from Boykin as the Packers dismantle the Vikings Sunday.

I had all but given up on Chris Ivory before he ran for 104 yards against the Patriots last week. More importantly, he had 34 rush attempts compared to Bilal Powell’s three. The Jets play the Bengals this week, which isn’t a great match-up, but call this a gut feeling – Ivory will have a strong performance.

I probably wouldn’t start Mike Wallace even if he had a great match-up.  The Dolphins play the Patriots this weekend – far from a favorable match-up.  Wallace always has the chance of catching a long touchdown, but don’t count on it this week.

Denarius Moore has had a surprisingly strong year, and I expect his upward trend to continue. However, he might take a step back this week against the Pittsburgh Steelers. Ike Taylor will be draped on Moore all afternoon, and Taylor has shut down the receivers far better than Moore (i.e. AJ Green).

The Bengals have a good offense, but the Jets have an even better defense. This will be a low-scoring game, which is bad news for all quarterbacks involved.