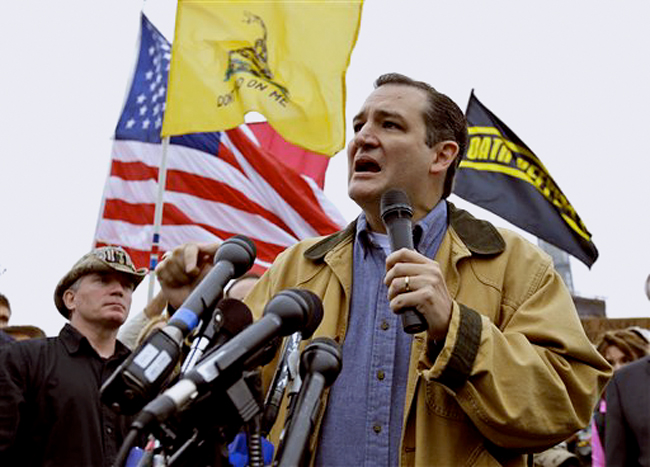 On Sept. 25, Young Conservatives of Texas held an “affirmative action bake sale,” featuring baked goods priced at different levels based on race and gender of the buyer. White males paid the most, at $2, while Native American students paid the least, only $0.25. The protest was so controversial it not only elicited a response from Dr. Gregory Vincent, UT’s Vice President for Diversity and Community Engagement, but also a Huffington Post article.

To call YCT’s actions misguided is an understatement – I would call them nothing short of divisive and racist. But their insensitivity brings to light a serious issue of conservatism on campus. Namely, why is the main outlet for conservative students on campus an organization which promotes its views in such an unrepresentative way?

The thoughtless, attention-getting actions of YCT are mirrored in what seems to be a never-ending game of political football in Washington, with the raving and antics of Sen. Ted Cruz, R-Texas, standing out to Americans in particular. Cruz’s well-publicized “filibuster” and incessant anti-Obama rhetoric have many Texans, even those who voted for him, feeling disenfranchised and embarrassed.

Assigning blame for the  divide between Republicans and Democrats is a constant battle – the media is often thrown around as a culprit – but reality makes it clear that most people, especially college students, don’t have an all-or-nothing view of politics. After all, how many times have you heard “I’m socially liberal, but fiscally conservative”?

“It sounds like a contradiction, but I think it’s the standard in college,” said biology freshman Amber Magee. “By being socially liberal we respect those human rights … but if we’re not fiscally conservative, our expenditures can really come back to harm other people…we have to have a certain degree of fiscal responsibility.”

Despite the rhetoric coming from some Republicans in Washington (and YCT), fiscal responsibility is, and always has been, the central tenet of the party, from Sarah Palin to Ronald Reagan to Barry Goldwater. That’s the nature of political parties – a loose conglomeration of ideas based on deeper philosophical understandings. Somewhere along the way, however, the American two-party system made it seemingly impossible for me to be a Republican and not believe Obama was born in Kenya.

Many students who share these views may not be comfortable sharing their political views openly. The University of Texas is a liberal campus in a liberal city, and a certain amount of peer pressure might dissuade conservative students from sharing their opinions.

Danny Zeng, president of the Texas College Republicans, agrees. “I actually do believe the majority of students are in fact conservative in their political views here at UT,” Zeng said. “Conservative students are just not comfortable openly sharing their views in a hostile intellectual environment; I don’t blame them.”

While I think Zeng’s claim that the “majority” of students count themselves as conservative may be unfounded, Zeng has a point about the nature of conservative discourse on campus.

According to philosophy professor Robert Koons, the problem bridges into the academic world as well.

“[Conservative thinkers like Babbitt, Kirk and Hayek are] critical to understanding political developments in U.S. politics from 1960 to today, but they’ve been almost completely ignored by academics,” Koons said.

Notwithstanding racist bake sales, the conservative students at this campus who are not eating Ted Cruz’s table scraps want to see a more socially conscious party which still considers fiscal policy its main priority. The students of the University of Texas would be remiss to shut out their voices. The more debate and discourse, the better – the nature of conservative philosophy supports this. But either way, conservative students deserve more than a stereotype. After all, some of us voted for Dewhurst.

Jordan is an English and finance junior from Missouri City.