Journalist Hugh Aynesworth describes his memory of the Kennedy assassination 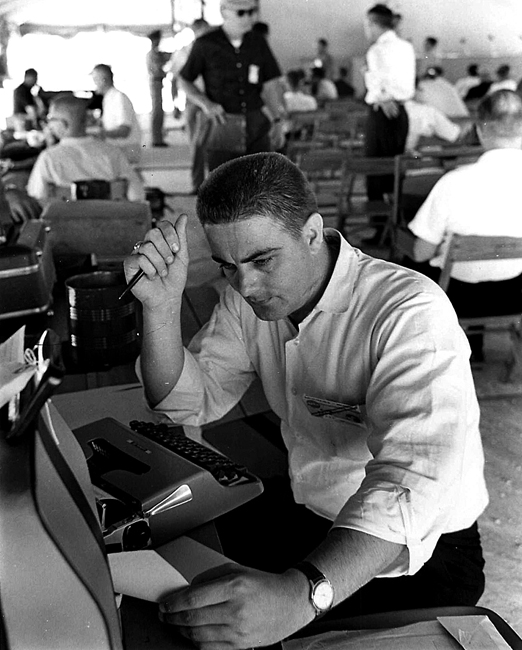 Fifty years after the assassination of John F. Kennedy, four-time Pulitzer Prize finalist Hugh Aynesworth published “November 22, 1963: Witness to History.” As the only reporter to witness JFK’s assassination, Lee Henry Oswald’s arrest and Oswald’s assassination by Jack Ruby, Aynesworth gives a factual recounting of what he has uncovered after a lifetime of reporting.

The Daily Texan interviewed Aynesworth at the Texas Book Festival this weekend.

Daily Texan: First, can you describe what you witnessed the day of John F. Kennedy’s assassination?

Hugh Aynesworth: The day it happened, I wasn’t assigned to it, but I just thought I had to go see the president. I just walked over close to the depository building, really because the crowds were a little less over that way. I hadn’t been over there but, oh, probably five minutes when the motorcade passed me with the Kennedys. They were so happy. The crowd was, too. But then I heard what I thought was a motorcycle backfire, but it wasn’t. That was the first shot. And I didn’t know that for three or four seconds, then I heard another shot, then a third in I don’t know how many seconds. I probably would have run if I’d had a place to run, but we didn’t know because we didn’t know who was shooting, how many were shooting, where they were shooting from or why.

DT: In all of this chaos, what made you instinctively go into reporter’s mode. Can you explain your mindset during both of the assassinations?

HA: I really can’t. I was puzzled. I didn’t know what to do. I was a little bit scared, not totally, but I just knew that I had to start interviewing people, and it just kicked in.

DT: I read that you were the only reporter invited to Ruby’s funeral. What do you make of that?

HA: I gave them some information, Ruby’s lawyers. He got the death penalty in March of ’64. He’d been in jail until January of ’67 when he died, had cancer. I helped the Ruby family, I saw them as they came out of the hospital, and they took me with them to help plan the funeral. They didn’t know how to do it. They didn’t know his birth date. They didn’t know about his army record, or that he had certain benefits. So I helped them with that, and so they said, “You’ll go to the funeral with us, won’t you?” and I had just joined Newsweek magazine and I called the editor and he said, “My god, why aren’t you on the plane already?” Conspiracy theories were already being formed and I talked the family into letting three news people in to view the body. I’m real glad I did it because you haven’t heard any conspiracies about it not being Ruby.

DT: Why, 50 years after the event, did you decide to publish a book?

HA: Well, I’ve been working all this time. I’ve been running down conspiracy theories, and I’ve done a lot of editing. I just don’t have time to stop. I’ve been all over the world for various occasions, and I’ve covered a lot of other things. It was just time.

DT: As the only reporter still having witnessed these events, what responsibilities do you think come with that?

HA: To tell the truth, and that’s first and foremost, and it’s costly because all of these conspiracy people hate me.

DT: What advice would you give to young journalists as they interpret news today?

HA: You know, I can’t answer that because I look at news today and I am distraught. I see so much that is not news but is opinion, and that is, this new technology that has forced this on us, in a 24-hour news cycle … Technology has over taken us and we haven’t learned exactly how to do it.