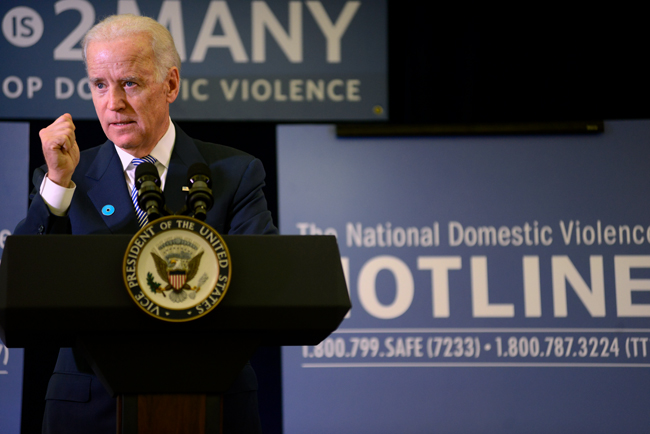 1. “You all raised your daughters…those of you that have them.”

— On his hope women will be able to realistically expect respect, rather than accepting harrassment as the status quo

3. “Has anyone ever blamed a man for being drunk?”

— On the double standards of a culture that often blames the woman for “putting herself in a position” to be victimized.

— On budget cuts to the National Domestic Violence Hotline, which will reduce the hotline’s ability to provide resources to callers

— On his strong belief that cultural expectations of men help perpetuate cycles of domestic violence. Biden said oftentimes, “being a real man” is conflated with asserting dominance over women, which he said he believes is deeply harmful.