“12 Years A Slave” devastates with unflinching portrayal of American history 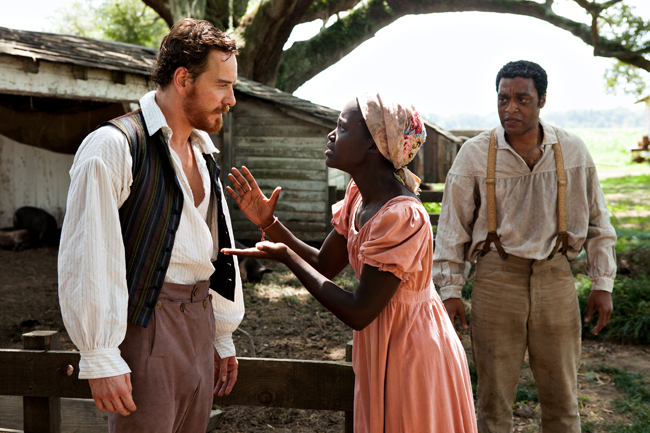 “12 Years a Slave” is not the sweeping historical epic the trailers are selling, and it certainly isn’t the world-changing, Oscar-destined cinematic revolution the early reviewers declared it after its premiere at Telluride Film Festival. Instead, it’s a quiet masterpiece — an affecting narrative that’s equally riveting and horrifying.

Based on the true story of Solomon Northup, “12 Years a Slave” chronicles the journey of the New York violin player, played by Chiwetel Ejiofor. When Northup is kidnapped and sold into slavery in the South, he lands on the plantation of the reasonable and kind Ford (Benedict Cumberbatch). After Northup clashes with one of Ford’s hired hands, he’s sent to work for Edwin Epps (Michael Fassbender), a horrifying, impulsively violent plantation owner who promises to make Northup’s life an unpleasant affair.

Director Steve McQueen never shies away from the ugly details of slavery, and the film has several starkly frightening moments, capturing the depth of slavery’s cruelty without reveling in it. Thankfully, McQueen purposefully balances his most painful moments with the smallest of triumphs, keeping the film ever watchable and emotionally engaging.

“12 Years a Slave” is penned by John Ridley, whose last script, “Red Tails,” was a disaster that handled similar material very clumsily. His work here is among the best of the year, boasting a wealth of eloquent turns of phrase. His dialogue is appropriate to its period setting, yet never antiquated, and as the dark reality of Northup’s situation begins to sink in, Ridley nails every stroke of the character’s dueling assimilation and defiance. If there’s one criticism to aim against “12 Years a Slave,” though, it’s that the passage of time isn’t especially well communicated, and what should be a powerful reminder is more of a titular courtesy.

Ejiofor hasn’t had a leading film role since 2008’s “Redbelt,” but he’s never been used quite as effectively as he is here. Even as Northup slowly surrenders to slavery, notably in a scene where he joins his fellow slaves in singing, Ejiofor always retains his basic hope and optimism, which makes every moment of submission enormously powerful. It’s an outstanding, soulful performance, the kind that defines careers and wins Oscars, and Ejiofor plays beautifully off of the rest of the cast.

The film also boasts an incredible ensemble, with even the smallest of roles filled by actors like Michael K. Williams or Dwight Henry. With only a few scenes each, Scoot McNairy is deceptively jovial, Paul Giamatti is shamelessly slimy and Paul Dano is pathetically reprehensible. Fassbender nearly steals the show as Epps, Northup’s master. Epps is full of self-loathing, expressing it through impulsive bursts of violence, and Fassbender is terrifying in the role, putting viewers on edge every time he’s on screen. Over and over again, Epps extinguishes every glimmer of hope in Northup’s life, and Fassbender is fearlessly evil here. Equally effective are Sarah Paulson, subtly toxic as Epps’ wife, and newcomer Lupita Nyong’o as Patsey, a fellow slave whom Northup befriends.

There aren’t many films this year that are going to evoke such powerful emotions as “12 Years a Slave,” and the film is nothing less than essential viewing. McQueen’s work is so powerful and measured, Ridley’s script so well written and Ejiofor and the rest of the cast so perfectly portray their roles that it’s impossible to deny their greatness.