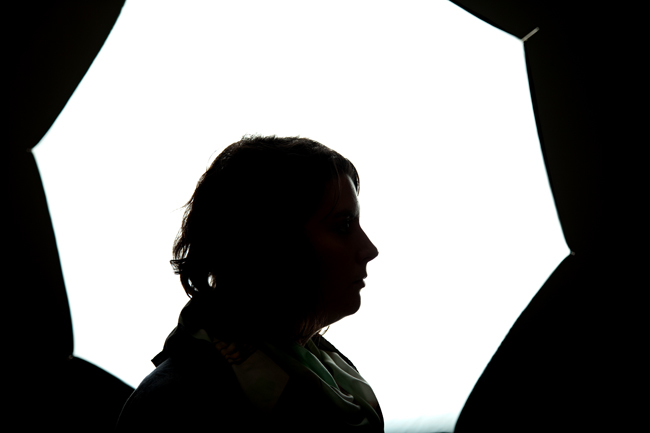 Fifteen months ago, Kaila Schedeen was sexually assaulted by someone she knew.

The incident changed the course of her life, but on paper, it was statistically typical. More than 80 percent of rapes involve a perpetrator known to the victim, and roughly 70 percent involve alcohol — both true in Schedeen’s case.

There was something uncommon in Schedeen’s story: she reported the crime to authorities. When she returned to campus at the end of the summer, she also reached out to UT Counseling and Mental Health Center for help. The vast majority of sexually assaulted UT students will never take either step.

“If you look at the national statistics, they’ll say one in four college women is likely to be a victim of sexual assault by the time they complete college, and for men it’s one in six,” said Jennifer Hammat, institutional Title IX coordinator and assistant vice president for student affairs. “For a campus population of 50,000 [students], that means we should be seeing 12,500 cases a year. And we’re not.”

There were only 18 forcible sexual offenses reported in 2012, including those occurring on campus properties, residence halls, non-campus buildings and adjacent public property, according to the University’s Annual Security Report released last month. The year before, there were 16.

Erin Burrows, a Voices Against Violence health education coordinator, said these low statistics should not be interpreted to mean UT students experience radically lower rates of sexual assault compared to students at other universities.

Burrows said survivors face many barriers when deciding whether or not to report to police. Those barriers are often personal and psychological and are aspects of the culture of silence surrounding sexual assault.

“They include a fear of not being believed … or that the disciplinary action at the end of the process will not be worth the process itself,” Burrows said.

Students might have grounds for being skeptical of the reporting process. In the past two years, several public and private universities across the country have come under fire for their handling of sexual assault cases.

At the University of North Carolina at Chapel Hill, the former assistant dean of students recently filed a complaint alleging pressure by administrators to underreport cases of sexual assault.

Earlier this year, 13 students from the University of Southern California filed a federal Title IX complaint alleging campus administrators had failed to respond to claims of sexual violence on campus. One student said administrators dissuaded her from filing a report with the police, saying the detectives would be tough on her, and that she wasn’t technically assaulted because “he didn’t orgasm.”

Psychology sophomore Lauren La Riva, another survivor of sexual assault, said the cultural stigmas surrounding sexual assault meant she didn’t identify as a survivor until she came to college.

When she was a freshman in high school, someone she thought was a good friend took her outside after school to show her what he called a“pretty area,” according to La Riva. Soon, he was on top of her.

La Riva said she didn’t realize she had been assaulted for months following the incident.

“I kept asking myself, ‘Why didn’t I do more to stop it?’” La Riva said. “I didn’t want to feel like a rape statistic.”

Eventually, she recounted the story to a friend, who told her the experience sounded like rape.

It wasn’t until her first Voices Against Violence meeting this year — almost five years after her assault — that someone told her she was a survivor.

La Riva said her sexual assault has had a lasting effect on her, but she’s become more comfortable with recounting and dealing with her experience, in part, because of the resources she’s found on campus.

According to Burrows, experiences such as La Riva’s are not unusual. People often don’t realize they’ve been assaulted because there are many culture-wide misunderstandings about the meaning of consent and such a skewed picture of what most rapes look like, Burrows said.

Jane Bost, associate director for the University’s Counseling and Mental Health Center, said the key is to spread awareness of what consent is as widely as possible. If someone tells a group of friends about an assault, Bost hopes at least one of them will have heard about the resources the University offers.

“We want people to know we’re here,” Bost said. “But talking about sexual assault at all is very new and really has only happened for the past 50 years, so we’re only at the beginning of a very long journey.”

When Schedeen falls back into depression, or has a bad day — the kind of bad day she says she never had before her assault — Schedeen said she remembers a metaphor the center’s social worker, Laura Dannenmaier, provided her.

“Healing from this trauma isn’t a straight line,” Schedeen said. “It’s more like a mountain you’re climbing around. Sometimes you’ll end up at that same rough point in the mountain, months or even years later, and you’ll feel like you haven’t progressed — but you’re still higher than you were.”

Voices Against Violence also helps survivors through the Survivor’s Emergency Fund, which covers costs that survivors may encounter as a result of being sexually assaulted. This includes situation-specific costs such as changing the locks in a student’s apartment or paying for a medical examination a student might not want to show up on his or her parents’ insurance.

Schedeen used the fund to help pay for new glasses after her old pair was smashed during her assault.

“It was one less thing I had to think about,” Schedeen said. “They just took care of it for me.”

Hammat said the University is working with the federal government to expand and clarify the people charged with “mandatory reporting.” Mandatory reporting legally requires certain University employees to report incidents of sexual assault they’re told about.

That list currently includes deans, department chairs and residential assistants, among others, but some responsibilities aren’t clearly defined.

Burrows said it’s unclear if a teaching assistant must report incidents of sexual assault to the University if told about an incident by another student.

Despite efforts to move away from the culture of silence, the conversation about sexual assault remains difficult for some survivors.

For Schedeen, silence is largely a mechanism of self-preservation.

“People never know what to say,” Schedeen said. “They try to empathize or tell me they understand, but if you haven’t been sexually assaulted, you just can’t understand. You just don’t know what it’s like.”

Schedeen said a professor she admires told her not to mention her assault on her applications to graduate school.

“He said they would think I was mentally unstable,” Schedeen said. “And he’s right. There is a conflation of mental illness with surviving sexual assault — and that’s awful.”

But in telling her story, Schedeen said she wants people to realize they should take ownership of their experiences.

“If you’re an assault survivor, that isn’t your fault, it is in no way your fault,” Schedeen said. “I want to stop feeling ashamed about my story.”

Burrows says people who work on sexual assault prevention wrap themselves in kind of a “cloak of contradictions” — they want to hear about more assault even as they want to reduce the assaults that occur.

“The more assaults I hear about, the more I know I’m doing my job right,” Burrows said. “But that also shows me just how much further we have to go.”

Though Schedeen still struggles, she said she’s moving on. She said she still has bad days, days when she can’t get out of bed, days when she doesn’t care about being alive. But they occur less and less now. Schedeen said she’s not the person she was 15 months ago before she was assaulted, but she’s doing all right.

“I’m moving up the mountain,” she said. “That’s progress.”

If you've experienced sexual assault and want to share your story with The Daily Texan, please click here.

Resources if you want help: