The case for casting your vote 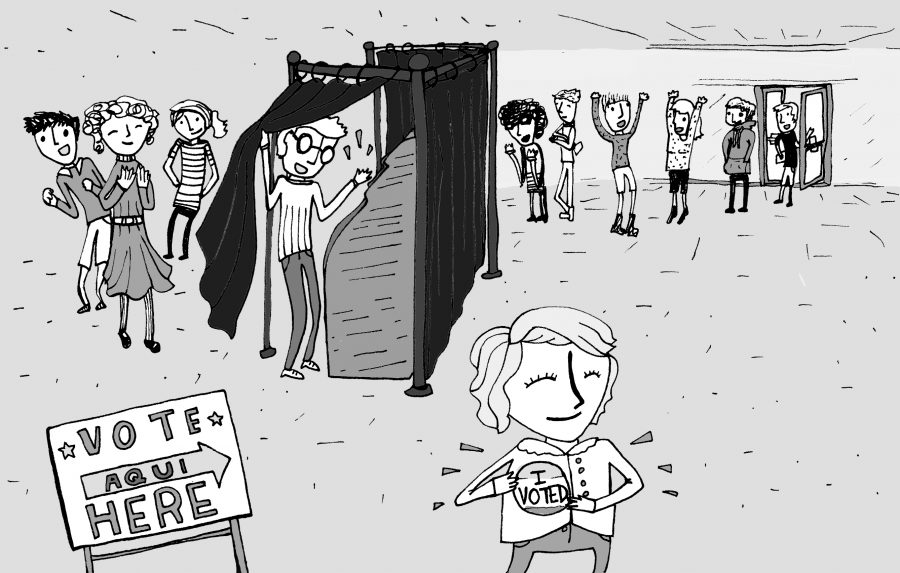 Voting is a tremendous privilege. Throughout history people have fought incredibly hard to gain the right to cast a ballot. Through constitutional amendments most people on this campus have been granted this right. Unfortunately, a majority of students do not take advantage of it. The right to vote is just as important as a person’s right to free speech or right to own property. It is truly confounding to me when people shrug off their right as if fulfilling their civic duty were an optional lab report.

Every person has an opinion and every person has a voice that absolutely must be heard in order for a truly by-the-people-for-the-people government to be a reality. Currently, the U.S. Congress has an abysmal approval rating of just 5 percent, according to an Associated Press survey. With so many people dissatisfied with the state of politics on a national scale, it is important that we focus on local elections, which are upon us. While not as high profile or glamorous as nationwide elected officials, local candidates’ work significantly impacts daily life, maybe more so than congress. By engaging with local government, citizens can see their concerns or hoped addressed.

But as it stands, young voters aren’t making their voices heard. In the 2010 midterms, only 24 percent of eligible 18-29 year olds voted. While this year, like 2010, is not a presidential election year (or even a midterm year) there are still candidates and organizations that work hard for students and citizens alike. To simply walk past the FAC or other polling place without voting is not only insulting to those candidates and organizations, but to the battles fought over the fourteenth, fifteenth, nineteenth, twenty fourth and twenty sixth amendments.

Every eligible voter on this campus should be registered. Organizations like Hook the Vote and UT Votes do incredible work on this campus to educate and prepare students to vote. This includes voter registration. While registration does not mean that a person must vote, the Campus Vote Project said that in 2008, of all students registered, 87 percent actually voted. If you want to get engaged in the voting process you must register to vote.

Next: Educate yourself. A ballot can feel like a quiz, but it shouldn’t. UT Votes’ Public Relations officer Zach Foust and Hook the Vote’s Director Arjun Mocheria both iterated to me that educating students is a cornerstone piece for them. By briefly engaging with either of these organizations, students should feel prepared at the polls, and excited to cast a ballot. They will have the opportunity to actively fulfill the vision of the constitution and those who worked tirelessly to grant so many groups the right to vote.

Voting is one of the most empowering things you can do for yourself. So if you are registered, be sure to get to the polls on Nov. 5. And if not, don’t worry. We have some key elections coming up, so get registered and start getting informed.

Lazare is a government and women’s and gender studies sophomore from Houston.