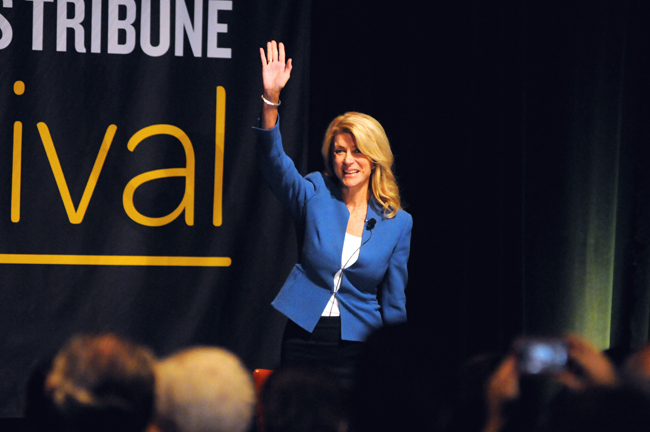 In the wake of the government shutdown, the Republican Party’s approval ratings are down to 22 percent nationwide, according to a NBC/WSJ poll, and it’s clear that the GOP is in trouble. Many would think that these national numbers will undoubtedly transfer over to the upcoming elections here in Texas, where a recently released UT/Texas Tribune poll shows Republican gubernatorial candidate Greg Abbott leads over his Democratic opponent Wendy Davis by only five percentage points. But there is much more to the picture.

The governor’s race does not take place for another year, giving the GOP a year to rebuild.

“If the moderate Republicans are able to maintain control for the next year, then this is just a little blip and everything goes back to normal,” said Bill Spelman, city councilman and professor at the LBJ School of Public Affairs.

Depending on how those in the GOP go about things, there is a possibility that they could be back on top in no time, with this whole fiasco forgotten.

And though it’s tempting to assume the blame for the shutdown has been placed squarely on the shoulders of Republicans, according to an Associated Press poll, only 62 percent of people blame the Republicans for the shutdown. This means that Democrats in Washington are still getting some of the blame.

“Some feel that the president and the Democrats refused to negotiate on the debt ceiling,” said Clay Olsen, economics and finance senior and communications director for College Republicans of Texas,

“Among the tea party [Republicans] [the shutdown] was very popular,” Spelman said. “A whole bunch of tea party people are energized that ‘we almost shut down the government and we caused all sorts of trouble.’”

This energy could transfer into more robust support for tea-party candidates that could in turn help to get those candidates elected.

But Democrats are energized as well.

“In the past few weeks, you have seen the ugly face of the Republican Party,” Key said. He then went on to say that the GOP is more interested in taking care of its primary base than in taking care of Americans and Texans.

While the recent drop in the Republicans’ approval ratings may just be a blip on the radar, demographics are changing in Texas. Mexican-Americans — a group that tends to align itself with the Democratic Party — make up a large number of Texans, and this number is growing. There is much at play here in Texas. If students have a stake in the political future of the state, it would behove them to fight for their beliefs — no matter their side.

Garza is a public health sophomore from Kyle.