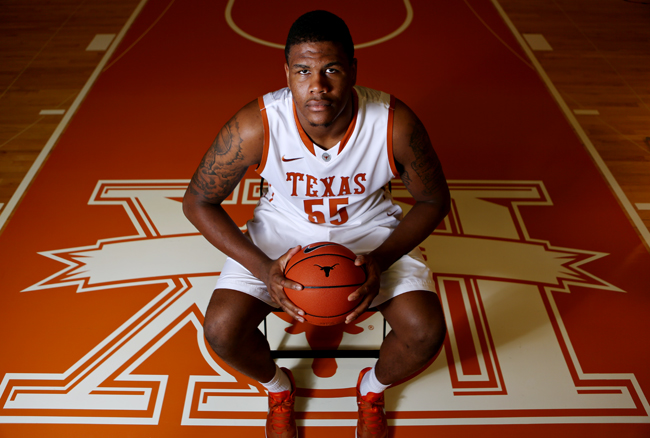 With only one upperclassman on scholarship and an unheralded freshman class, this year’s Longhorn basketball team is an underdog.

Coming off its worst season of the Rick-Barnes era, not much is expected of Texas this year. As a middle-of-the-pack team in the Big 12, it will be a shock to many if the Longhorns are able to scrape together much more than 15 wins, let alone make the NCAA tournament. Coach Barnes and his group, on the other hand, have other plans.

“I’ve never put a whole lot into preseason rankings and that sort of stuff,” said Barnes in his annual preseason press conference. “I look at our team, and there is no doubt in my mind that we have enough talent to make the NCAA tournament. We can compete with any team in the country, no question.”

Unlike most collegiate powerhouses, who rely on talented freshmen and veteran leadership as the recipe for success, Texas will look to its sophomore class to be its driving force.

Led by Javan Felix and Cameron Ridley, the Longhorns’ second-year players will be counted on to perform on the court and lead off of it.

“All of the sophomore guys have really helped mentor us so far,” said freshman point guard Isaiah Taylor, who expects to share the court with Felix on occasion this season. “[Felix] is always telling me that as a point guard it is incredibly important for me to keep my head and stay composed any time I’m on the court.”

With each of Texas’ top four scorers from last season having left the program during the off-season, Felix will be looked upon to fill the scoring void for the Longhorns.

The New Orleans native was more of a facilitator last year, averaging 6.8 points per game, while attempting an average of only seven field goals per contest. This year he will be expected to play more of a scoring role, often times playing as a shooting guard.

“We’ve been practicing with me playing off the ball quite a bit,” Felix said. “It will be good for me to get out and run with Isaiah and Kendal [Yancy].”

“We’re ready to take on the challenge,” Ridley said. “This is the offense I envisioned when I came to Texas. This is what I saw guys like Dexter Pittman and Tristan Thompson doing, so I’m hoping to be able to do the same.”

It sounds like the offense is similar to that of the Texas’ high-achieving teams of the late 2000s. Will the results follow suit?