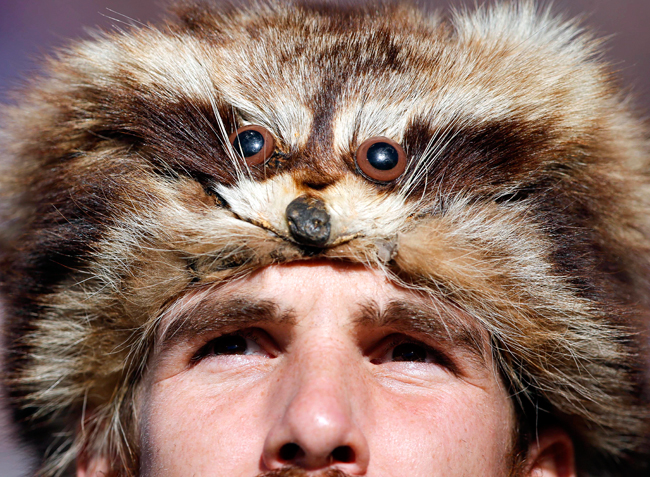 Between 2011 and 2012, the Longhorns reeled off a number of impressive victories in hostile environments.

They knocked off Texas A&M in College Station on Thanksgiving 2011, then racked up road wins against Ole Miss, Oklahoma State and Texas Tech in each of their opposing stadiums last season. Texas has yet to truly weather the storm of a vicious opposing crowd this season, and it will get its first opportunity to do so on Saturday at West Virginia.

“We’ve heard so much about the atmosphere there and how great the fans are and how much they love football and love their team,” head coach Mack Brown said. “It’ll be a fun challenge for us, but the guys are sure looking forward to it.”

Nobody on the Longhorns’ roster has played at West Virginia before, as the trip to Morgantown will be the first in school history. While the players are prepared for the rowdy Mountaineers fan base, senior cornerback Carrington Byndom admits he knows little else about the opposing venue.

“Nothing at all,” Byndom said. “I know it’s going to be cold, that’s for sure. I’ve never been there or never really been to West Virginia. But I heard it’s going to be a pretty crazy atmosphere, another great away atmosphere for us, so we’ll see how we handle it.”

The forecast currently calls for a high of 54 degrees and a low of 41 degrees in Morgantown this Saturday. While Texas does not have much experience playing in the cold, junior center Dominic Espinosa is looking forward to taking a break from the elevated temperatures he is accustomed to.

“You’re so used to playing in 100-degree weather all summer, all camp and early on in the season,” Espinosa said. “Definitely, as an offensive line, you’re excited to go play somewhere cold where you might not be sweating as much as you
might normally.”

Aside from the frigid weather, Texas must deal with a Mountaineers squad that continues to play well at home. West Virginia boasts a 3-1 record in front of its home crowd this season, including an early-season victory over No. 15 Oklahoma State.

Brown still remains excited about the opportunity to pick up his third road victory of the season in front of the most raucous fan base they’ve faced thus far.

“I love that,” Brown said. “It’s so much fun to go where the other fans hate you. The fans are stirring it up and screaming at the kids, and I think it’s just a great feeling to overcome that and win against all odds.”

While none of the players have suited up in Morgantown, defensive coordinator Greg Robinson made the trip during his tenure as head coach of Syracuse from 2005-08. Robinson confirmed West Virginia is a difficult place to play, and he expects the Mountaineers fans to go all out with Texas in town.

“They’re all about their program, and they’re going to let you know about it,” Robinson said. “The thought of Texas coming up there, these people are going to love that now. We’re going to get their best shot.”

Despite this, the Longhorns remain confident they will be able to overcome West Virginia’s wild environment, and a victory would push Texas one step closer toward a Big 12 championship.