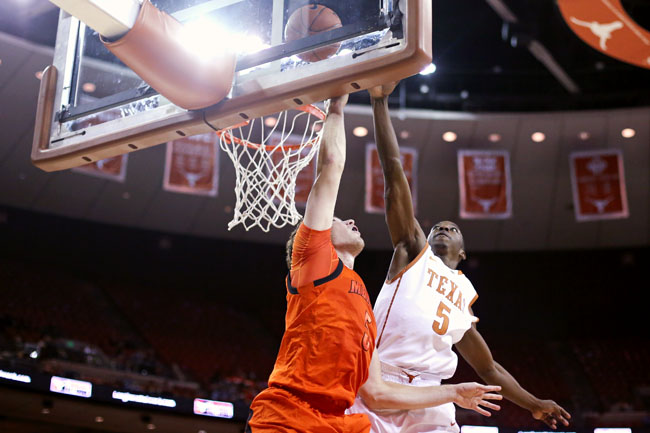 The first game of a new rebuilding era of Texas basketball kicked off with an uneven performance from the Longhorns in a 76-73 win over Mercer.

It was a scrappy effort as Texas endured multiple runs from an underrated Bears team. Mercer returned five starters, from a team that won its regular season conference championship last season before falling to NCAA tournament darling Florida Gulf Coast in their conference tournament.

“A lot of people look at this and think Mercer,” head coach Rick Barnes said. “But if they know basketball … Especially the way we had to come back.”

“They are calling the game a little more touchy this year,” Taylor said. “So I just wanted to drive as much as I can and draw some calls.”

Texas shot the ball with accuracy from range in the first half, completing 86 percent of its three-point attempts. But a second half performance frequented with off-kilter three balls provided a springboard for Mercer to grab a nine-point lead midway through the second half after an 18-2 run.

But the Longhorns endured Mercer’s run, and pushed back thanks to a timely defensive alteration. Texas employed an aggressive 2-3 zone for the majority of the contest, but when the Bears began their thrust, Barnes switched to a man-to-man defense.

This kept Mercer off the three-point line, where it had shot 6-of-9 from deep in the second half up to that point, and forced the Bears to attack the basket and challenge the Longhorns’ length inside.