M.I.A.’s “Matangi” is an entertaining mixed-bag 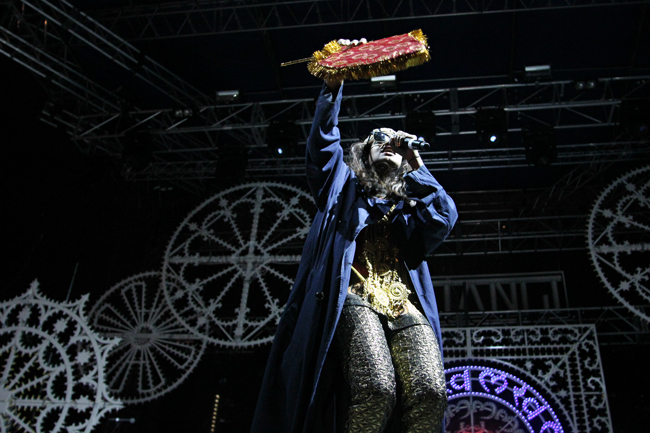 Matangi, the latest album from pop artist M.I.A., took a strange and prolonged journey before its release last week. The album’s first single, the powerful pop anthem “Bad Girls,” came out in the spring of last year. Interscope then delayed the album because, according to M.I.A., it was “too positive.” After she threatened to leak it earlier this year, Interscope committed to a November date, and now Matangi is finally out.

The end result is a mixed-bag. While better than 2010’s disappointing MAYA, the album is nowhere near as strong as M.I.A.’s first two records, Arular and Kala. For every high point on Matangi, there are at least two mediocre tracks that listlessly plod on.

Among those high points, though, there are some soaring ones. The aforementioned “Bad Girls” still stands out as the best song, a catchy hit that perfectly distills everything M.I.A. stands for into just under four minutes of hyper-kinetic, Eastern-influenced dance music. There are other great moments, too, such as the frantic and skittish energy of “Bring The Noize,” which also features M.I.A.’s best rapping to date. There is the deliriously fun “Come Walk With Me,” which is the closest M.I.A. comes to crafting a pure pop hit on this album. Other solid cuts come with songs such as “Only 1 U” and the strange but exciting “Warriors.”

Amid the 15 tracks on Matangi, there are a few filler songs. Two slower tracks featuring The Weeknd lack any sort of momentum and are indistinguishable from each other. The title track sounds like an uninspired retread of better songs she has made before, and at other moments, her songs turn laughable.

“AtTENTion” finds her awkwardly trying to come up with ways to make sense out of a rhyme structure that involves the use of the word “tent” in every possible way. Then “Y.a.l.a” arrives as her response to the “YOLO” fad of 2012 and comes off as hopelessly outdated and cloying.

Matangi is a good album, one that contains a few songs that could be stacked up alongside the best she has ever recorded. “Bad Girls” easily fits in with previous hits such as “Paper Planes” and “Boyz,” but the majority of the album is made up of forgettable tracks that will not stand with those of albums of the past.