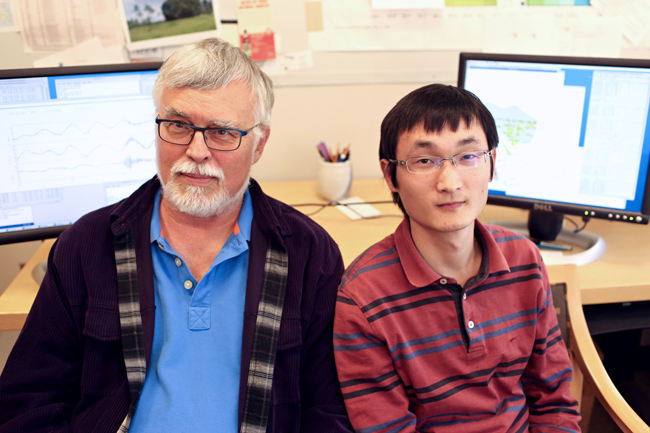 A UT professor and a visiting scientist found a correlation between gas injections into the ground and earthquakes in the city of Snyder, a small town in West Texas. Carbon dioxide injections are used to extract more oil from the ground and have been considered a possible solution to climate change because they prevent carbon dioxide from escaping into the atmosphere.

Previously, no other study had found correlations between carbon dioxide injection and earthquakes of magnitudes greater than three, according to geosciences associate professor Cliff Frohlich, who worked on the project.

Carbon dioxide injection in the West Texas wells have been used since the 1970s to increase oil and gas production. Frohlich said he and Wei Gan, a visiting scientist from China, were motivated to do the study because there had been earthquakes in the 1980s, followed by a 20-year absence before they started again in 2006.

Frohlich said the results of his research may have implications for effectively dealing with climate change through exploring the consequences of the carbon capture process, which involves storing greenhouse gasses below the ground.

Frohlich said students should understand the consequences of carbon injection because of the state’s close ties to the oil and gas industry.

Biochemistry junior Rafael Vidal said if further proof demonstrates carbon injections cause earthquakes, he would not be in favor of the practice.

“I don’t think I would support injections if they triggered earthquakes because there must be alternative ways to extract oil,“ Vidal said.

Although Frohlich and Gan found a correlation in one location, they also found that similar wells nearby did not experience earthquakes, though they had similar levels of carbon dioxide injections.

Gan said one possible explanation was a lack of fault lines near the similar wells.

“For my personal thinking, there were no earthquakes because there were no pre-existing faults in the other oil fields,” Gan said.

Their study analyzed data collected from 2009 to 2010 when the EarthScope USArray program, a program funded by the National Science Foundation, stationed many temporary seismometers in Texas.

“We had an opportunity to get more accurate locations and locate much smaller quakes than normal,” Frohlich said.