Conservation is the best solution for Texas’ water shortage 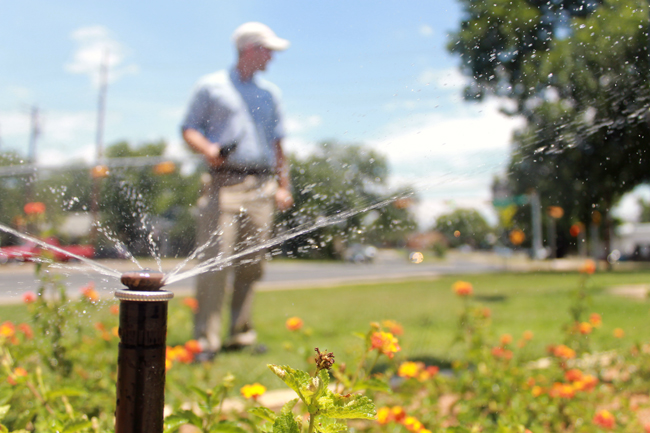 Editor’s Note: On Nov. 5, Texas voters overwhelmingly approved the creation of a permanent fund for water infrastructure projects, as well as a $2 billion initial investment in that fund. State political leaders, including Gov. Rick Perry, hailed the vote as a major victory: In a statement, Perry said that the people of Texas had “made history, ensuring we’ll have the water we need to grow and thrive for the next five decades, without raising taxes.”

But while we’re just as pleased that Proposition 6 passed, it doesn’t solve the problem of water scarcity in one stroke. To put it in baseball terms, Texas didn’t just win the World Series, or even an important regular season game. We just started the 1st inning on Opening Day.

That’s because the state constitutional amendment was simply a decision to spend billions of dollars on water management. It said nothing about what specific projects would receive funding. In the years to come, the decision of which projects to finance will be one of the most contentious and long-running issues in state history. With that in mind, this is the second in a series of editorials outlining our concerns and predictions for how this issue will develop in the future. Be sure to check out the first, which focused on the extent of the governor’s control over the new fund.

At the election night party celebrating Prop. 6’s passage, State Sen. Troy Fraser, R-Horseshoe Bay, the Senate Natural Resources Committee chairman and one of the architects of the State Water Implementation Fund, wasted no time in attempting to offend both environmentalists and supporters of traditional methods of water management. “Unfortunately, Texas is becoming way, way too dependent on Mother Nature,” Fraser said. “We’re not going to ignore reservoirs. We’re going to continue to build them. But we’ve got to do things that are ‘Mother Nature-proof’.”

In general, we disagree with Fraser that Mother Nature is an adversary to be conquered. But he’s right that reservoirs are often not the best solution to drought. They drown useful and/or environmentally important land, are extremely susceptible to evaporation and wreak havoc on already-vulnerable river systems. He’s also right to call for the Texas Water Development Board to “think outside the box.”

We’d go one step further. As the TWDB chooses which projects to fund, it should prioritize conservation as much as possible, as opposed to reservoirs, pipelines and other traditional projects that simply move the water around without doing anything to curb its inefficient consumption. The legislation that created Prop. 6 mandates that at least 20 percent of the SWIFT funding be spent on “conservation and reuse.” It never defines those terms, however, making that target more of a suggestion than a rule unless more explicit requirements are imposed.

The problem isn’t that Texas is too dependent on nature; humans are always going to be dependent on nature whether we like it or not. The problem is that living beyond our means and exploiting the state’s water resources faster than they can be replenished is exactly what got us into this crisis in the first place. That’s what needs to change.

Several conservationist measures in Texas are already achieving success. A wastewater recycling program on the Trinity River, which supplies much of Dallas, Fort Worth and Houston, allows millions more to rely on the river water than if it were still being used as unsustainably as before. And UT-Austin reduced its water use for irrigation by 66 percent after a state-of-the-art upgrade to the nation’s largest water-conserving sprinkler system in 2012, according to UT’s irrigation and water conservation coordinator Markus Hogue.

These are not only more environmentally-friendly solutions to the problem, they’re also cheaper over the long term as water becomes more and more expensive. We’ll need many more like them in the decades to come.

The problem with a wholly conservationist fix, however, is that it’s incompatible with Texas’ projected population and economic growth. The TWDB’s 2012 State Water Plan estimates that the state’s population will nearly double by 2060, without a concurrent rise in water resources. No amount of wastewater recycling plants or efficient sprinklers can make that population problem go away.

But what that discouraging figure tells us is not that we need to fight harder to maintain that level of growth, it’s that we need to accept the fact that this massive, arid state simply can’t sustain a population of nearly 50 million and one of the nation’s largest economies. Investing in conservation, rather than massive, expensive projects that simply move existing resources around, will allow Texas to maximize the level of size and success that it can sustain.

In short, there’s no changing the fact that water will determine the ceiling of Texas’ growth. The sooner we accept that, the sooner we can balance our water budget once and for all.