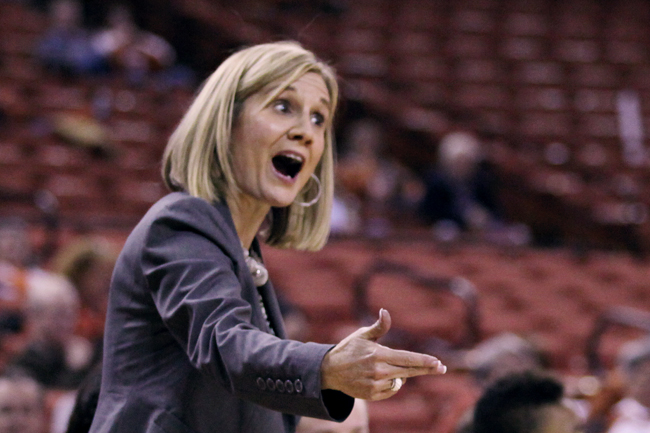 Fans watch basketball because it’s fast. They enjoy the thrill of players sprinting down the court, executing an offense with speed and precision while avoiding defenders.

But the NCAA wants the game to move faster. So it instituted rule changes for the 2013-14 season to quicken the pace. New rules restrict when coaches can call time-outs, when officials can review calls and how intense defenders can play on or off the ball. In addition to this more stringent foul call policy, the NCAA reinstituted the 10-second backcourt violation.

“Had the rules not changed simultaneously, we would have taken advantage by pressing backcourt,” Aston said. “But the rules make everyone back up a little bit and back off.”

The backcourt violation was reinstated at the NCAA Women’s Basketball Rules Committee meeting in June. According to the committee report, the rule change aims “to increase offensive scoring opportunities, reward defensive strategies and cause offensive teams to have to increase the pace of play from the backcourt to the front court.”

Sophomore guard Brady Sanders didn’t think the rule would affect the Longhorns since they already focus on transitions. Even Aston wondered if it would ever be a factor. But against Texas State on Wednesday night, officials called Texas for a backcourt violation.

“Players like [Nneka Enemkpali] are extremely aggressive and have been aggressive their whole life,” Aston said. “Now you’re asking them not to be? It’s going to be different, but our guards have to go into the game and figure out how that officiating crew is going to call it.”

Though the increase in foul calls has pinned Texas at 43 fouls in its first two games, the offensive benefits show.

Texas’ 54-point win against the Bobcats on Wednesday was its highest score differential in three years.