The man who really needs to call out Young Conservatives of Texas on their racist antics? Ted Cruz 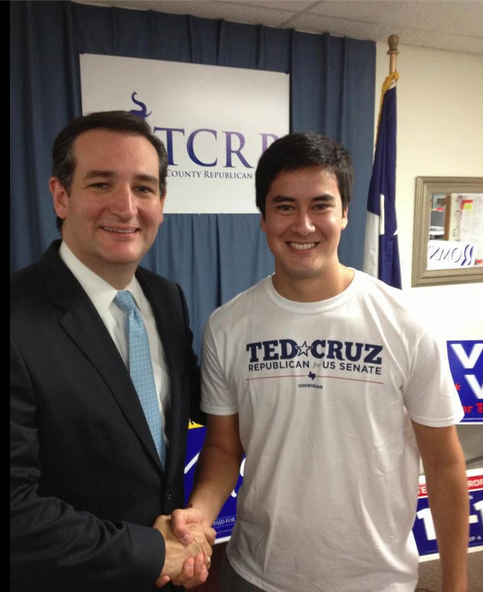 In light of Young Conservatives of Texas' recent decision to host a "Catch an Illegal Immigrant" event this Wednesday on the UT-Austin campus, the conservative front-runner for the Texas governor's race, Greg Abbott,  has distanced himself from the group and its event. Through a spokesperson, Abbott called the effort "repugnant" and maintained that though the current chairman of YCT, Lorenzo Garcia, formerly worked as a paid field representative for his campaign, the current attorney general in no way supports the event.

Of course, judging by the Facebook profile pictures of YCT's student leaders, it will take more than Abbott decrying the event to change their minds. The man who really matters? Ted Cruz.