Science Scene: JFK assassination a conspiracy of one 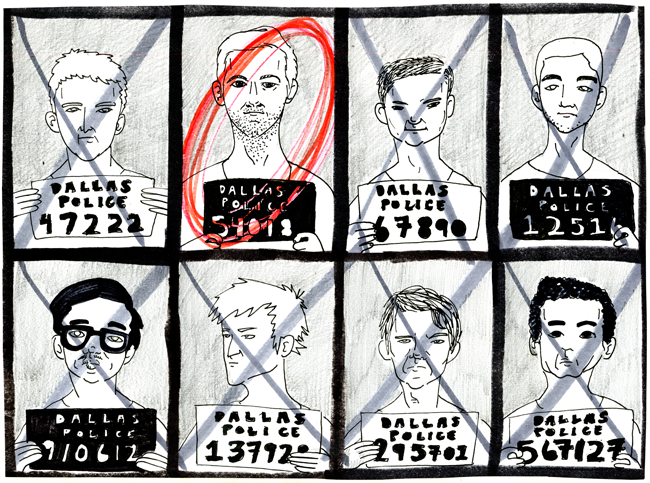 Fifty years ago, Lee Harvey Oswald, a 24-year-old high school dropout, brought a high-powered rifle up to the sixth floor of the Texas School Book Depository and with three shots, changed the course of history — at least according to the official story, which only about 30 percent of the population accepts. As we accumulate more evidence and technology to analyze this evidence, the picture zeros in on the unavoidable conclusion that there was no conspiracy, but just one man with a gun.

About 88 percent of the earwitnesses claim to have heard exactly three shots, which would match the findings of the Warren Commission, the group in charge of investigating the President John F. Kennedy’s death. Many of those espousing a conspiracy theory insist that there had to have been more, based on where the victims were shot and in how many places they were shot. Since testimonial evidence is often shaky, investigators looked elsewhere to find something more substantial to support the claim that there were only three shots.

An audio recording of the event would have helped, but the only one we know of was accidentally — some may say conveniently — erased. Additionally, while the famous 8 mm footage taken by Abraham Zapruder features many of the iconic images from the day and provided a wealth of information for the investigation, it doesn’t feature any sound.

We can see exactly when the assassination occurred, but determining the number of shots is still hard. The Warren Report assumed that the first shot fired was the first one that hit and assumed that the shooter missed his second, since witnesses unanimously agreed that the head shot coincided with the final bullet.

This gives a time frame of no more than 5.6 seconds for Oswald to fire three shots with his 6.5 mm Carcano Model 91/38 bolt-action, which many conspiracy theorists claim is impossible. It’s not, but it’s irrelevant because the Warren Commission made a mistake in assuming Oswald landed his first shot.

It is difficult to keep a camera steady, particularly when it has a zoom lens, and if the operator is startled while holding it by something like a gunshot, a hand jerk can affect the image. By analyzing these movements in the Zapruder film, we learned that the first shot did not coincide with any human impact and that there was actually a time difference of eight seconds or so between the first and final shots, leaving more than enough time for Oswald to fire all three.

Could there have been more than three shots? If they came at nearly the same time, absolutely — at least based on this single piece of analysis. But we also have forensic evidence in the form of bullet fragments recovered from the bodies of President Kennedy and Texas Gov. John Connally.

By bombarding these fragments with neutrons, forensic scientists can create radioactive particles which produce a signal that gives a clear indication of the concentrations of certain elements in the fragments, which can be used as a kind of bullet fingerprint. Since the type of bullets used in the assassination have almost no uniformity from one to another, even among those made in the same production line, these tests confidently determined that there were only two different bullets that struck Kennedy and Connally.

But did they both come from the window of the depository?

The most shocking piece of the Zapruder film, and what most believe is the most compelling evidence that there had to be a second gunman, comes around frame 313. This is when the third bullet struck the president in the skull and Kennedy’s head moves back towards the direction the shot came from. It looks like the only way to induce that kind of movement would be for there to be a second gunman in the grassy knoll facing the front of the automobile.

But gunshots don’t work the same way in real life as they do in the movies. To simulate what a high-powered rifle does to a human head, Nobel Prize winning physicist Luis Alvarez bought a melon, wrapped it in tape and shot it.

This caused the insides of the fruit to explode and leave the melon by way of the hole the bullet made when it left the fruit. With all that mass leaving in the direction of the bullet, the rest of the melon reacts by falling in the opposite direction. This “Jet Effect” is completely counterintuitive, but it follows from high school-level physics.

We all react differently to tragedies and many are still trying to make sense of the events of Nov. 22, 1963. It’s also natural and patriotic to question the government. The more extreme the claim, though, the better the evidence required. There’s not nearly enough to support the idea that anyone other than Oswald was involved in the death of the 35th president.