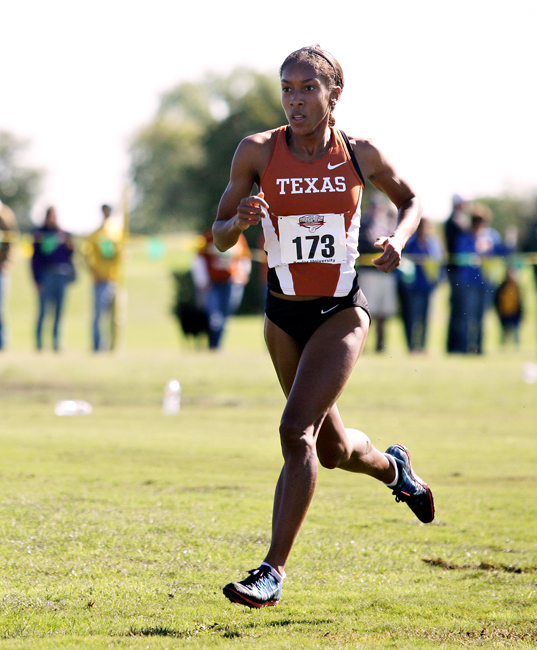 After four months, six races, two first-place finishes and a slew of awards in her senior season, Marielle Hall is preparing to run the last cross country meet of her college career. The NCAA Championships on Saturday will either cement the remarkable achievements of her final season with the Longhorns or end her final term with a bit of disappointment.

For Hall, though, it’s business as usual.

In terms of competition, Hall likened the NCAA Championships opposition to the caliber seen at the Wisconsin Adidas Invitational back on Oct. 19. Hall finished third overall in that meet, earning the Big 12 Cross Country Runner of the Week award for her efforts. Regardless of the augmented competition, Hall said her practice regimen will not change because of a harder race.

While there is anticipation for a championship performance because of two impressive first-place finishes in both the Big 12 and NCAA South Central Regional meets, Hall’s retention of
outside commentary is a textbook case of “in one ear, out the other.”

“I’m not really too focused on what other people have to say, I glad they’re there to say it, because that’s what makes the race exciting, that’s what creates the environment that you want to compete in,” Hall said. “But for me, it’s not really anything that I have to concern myself with.”

Instead, Hall presses on in practice. She places no restrictions on her talents and keeps her eye on the prize: an individual trophy for Texas.

“As long as I put my nose in it, I think that I could get a really great result,” Hall said. “Top five is what I set for myself, and I’m sticking to that. But I don’t want to settle for fifth, I would always like to improve on even what I think that I can do.”

The two-time South Central Region Athlete of the Year heads into the weekend with a newly established poise, no doubt backed by a sensational senior campaign, especially in her last few outings.

“I think that it’s one of those races where anything can happen,” Hall said. “But for me, it’s just a race, and I have to execute it like I know I can. So I’m very confident in my abilities and in the work that I’ve put in.”

Whether she leaves the course in Terre Haute, Ind., with a medal or not, Hall has made her intention clear.

“Just get out there and run,” Hall said.