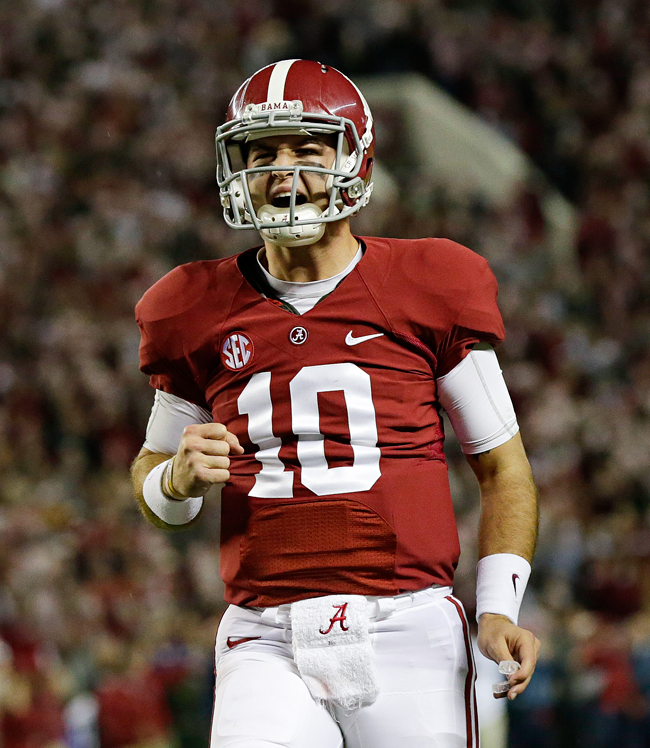 Winston continues to play at an extremely high level and with the other top contenders all falling last Saturday,  he pretty much has the Heisman wrapped up barring a Seminoles loss. Two plausible scenarios remain for Winston to lose the Heisman, which are that either the Seminoles fall to Florida or in the ACC title game or if allegations of his sexual assault result in either voters deciding he doesn’t have the character of a Heisman winner or if disciplinary action is involved. Barring either scenario, the Heisman Trophy will be won by a freshman for the second season in a row.

Carey carried the Wildcats to a blowout victory over Oregon on Saturday, putting them in position for their second eight-win regular season of this millennium. Carey took full advantage of the stage on Saturday, especially with most of the other contenders falling in their contests. Carey has yet to have a bad game this season, eclipsing 115 rushing yards in every contest and scoring in all but two. His suspension from the season opener against Northern Arizona should also be noted and while his numbers are down from last season, his consistency over the past two seasons is impressive.

McCarron’s spot may be more of a tribute to his accomplishments over the past three seasons, but with other contenders losing last weekend, he has a chance if Winston struggles over the next two weeks. McCarron sits at 36-2 as a starting quarterback for the Tide with two national titles and a possible third on the way. Though he doesn’t post mind-boggling numbers, McCarron is so efficient and minimizes his mistakes and can complete the big throw when he needs to do so. Alabama’s contest against No. 4 Auburn this weekend is probably a must-win if the Tide are to keep their three-peat hopes alive and if McCarron is to be seen as a serious Heisman contender.

Carr’s Bulldogs are 10-0 on the season and in prime position to be this year’s BCS buster if they can take care of business to close the season. Carr has not thrown an interception since Oct. 5, but has 20 touchdown tosses in five contests since. Carr’s play has Fresno State in position for its first perfect season since 1961 and to finally surpass his brother David’s accomplishments from when he was under center for the Bulldogs in 2001.

Williams has ran for 897 yards over the Eagles’ past three contests and has accounted for roughly 85 percent of Boston College’s rushing offense on the season. Simply put, Williams is the Boston College offense, scoring 16 of the team’s 35 offense touchdowns for the season. With 113 rushing yards against Syracuse, Williams will have ran for the fourth-most yards in FBS history behind only Kevin Smith’s 2007 season and two Heisman-winning campaigns of Marcus Allen in 1981 and Barry Sanders of 1988.