Texas can win, but betting on Texas Tech the safer route 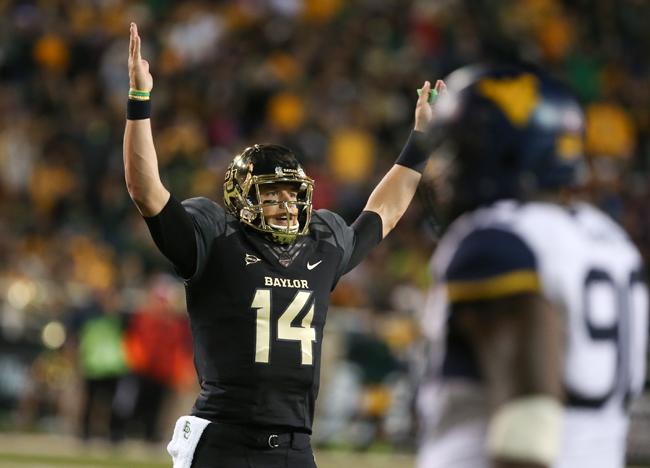 The Longhorns ran into a buzzsaw two weeks ago against Oklahoma State. The Cowboys dominated on both sides of the ball and perhaps for the first time all season, Texas truly missed David Ash. Case McCoy threw three interceptions and struggled to get the offense into the end zone. Now the Longhorns have to face the Red Raiders without offensive weapon Daje Johnson who has been suspended for an unspecified violation of team rules. Texas Tech isn’t Oklahoma State, so this game should be much closer. I think Texas is capable of winning, but with the Longhorns being favored by 4.5 points, Texas Tech is the safer bet. My money is on the Red Raiders to at least cover the spread.

Lock of the Week

The most basic way to make money on the stock market is to buy low and sell high. After getting absolutely embarrassed last week against Oklahoma State, the Bears stock is at a season low, which is why now is the time to buy in. It’s clear that Baylor is not as good as we thought they were but TCU is 4-7 and the Horned Frogs aren’t Oklahoma State. The 12.5-point spread would have been unthinkably low just two weeks ago. Baylor should bounce back
this week.

The Blue Devils are 9-2, but they still get no respect. They’re 5.5-point underdogs to a 6-5 North Carolina team. I get it. The Duke football program has been a joke for a long time. But this isn’t your father’s or even your older brother’s Duke. With a win against the Tar Heels, the Blue Devils clinch a spot in the ACC championship game against a Florida State team on track to play for a national title. They have a lot more to play for this weekend than their in-state rivals do and they’ve only lost by more than five points once all season. North Carolina has done a great job rebounding from a disappointing start to the year, but I don’t see them winning this one, especially not by six points or more.