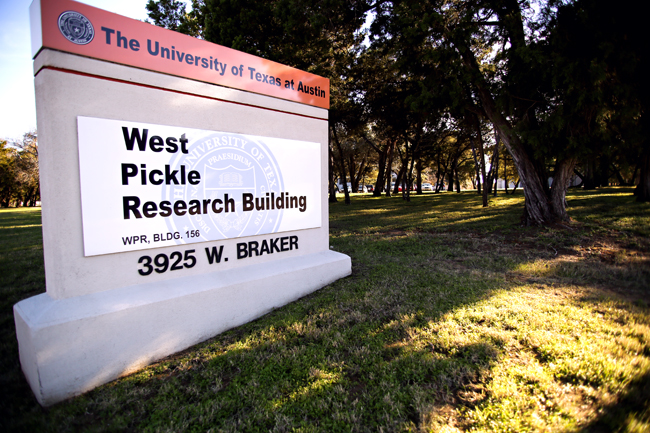 Eight University departments will be relocated when UT leases 109 acres of land on the J.J. Pickle Research Campus for commercial development.

The land UT is planning to lease to Houston-based developer Hines includes the West Pickle Research Building, an office building and a small storage building, according to Amy Wanamaker, campus director of real estate.

The land is located at the corner of the North MoPac expressway and West Braker Lane and is part of the J.J. Pickle Research Campus tract, which is 475 acres in total. At the last Faculty Council meeting, President William Powers Jr said the University never had plans to use all of the research campus’ tract.

Wanamaker said Hines will decide whether or not to demolish the complex, but the UT departments within the building will be relocated. Wanamaker said University officials have yet to determine if there are buildings available on the main research campus to utilize for the relocation.

Hines spokeswoman Kim Jagger said Hines has not made any decision regarding the research facility’s future on the property.

“Hines will work closely with UT to make that determination, but no decision has been made at this point in time,” Jagger said.

According to Jagger, Hines has worked on a variety of properties, including industrial parks, medical facilities, skyscrapers and residential communities. She said Hines worked to develop the athletic alumni center at the University of Houston and the Shepherd School of Music building at Rice University.

Kevin Hegarty, executive vice president and chief financial officer, said the University accepted bids on the land from developers. The University is negotiating a contract with Hines that should be finalized within the next few months.

Hegarty said the University has previously leased land bordering the research campus for commercial development. In 2003, the University leased 46 acres of land to Simon Properties, creating The Shops at Arbor Walk, a shopping center including a Home Depot, Marshalls and DSW Shoe Warehouse.

The Shops at Arbor Walk is located directly across the North MoPac Expressway from the Pickle Research Campus West project area. Hegarty said the University will have more involvement in the development of the 109 acres than they did with Simon Properties.

“In the arrangement, which we have gotten approval to negotiate with [Hines], we will work hand in hand with the developer,” Hegarty said. “I’ll distinguish that from across the street where, with Simon properties, we went to market, but we were just out in the market to lease that land to a developer to put up a commercial facility as they deem fit.”

Jagger said Hines has a general idea of what will be constructed on the land.

Hegarty said the University hopes to see residential apartments constructed on the land in order to address the needs of UT employees.

“We were happy to see the residential development because many of our researchers and people who work at Pickle have expressed an interest to be able to live close to where they work,” Hegarty said. “Yet, there are no neighborhoods around there — this will create its own neighborhood.”