What to watch for winter break 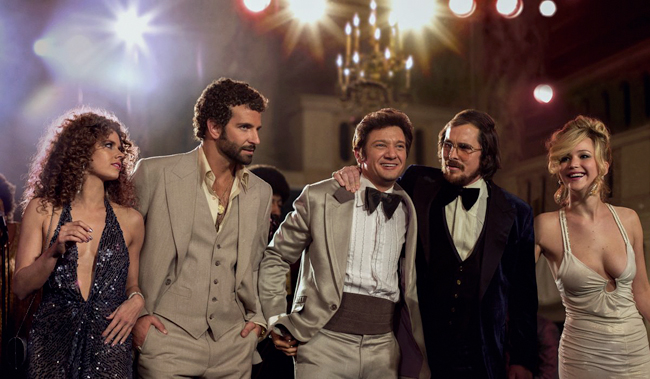 Mid-December to mid-January always seems to stress out awards-show junkies. There is a hectic release schedule for movies before the official end of the year. In addition to the regular holiday blockbusters, Oscar bait films that may have been out for weeks in New York City or Los Angeles finally see a wide release. Christmas Day alone will see the arrival of three potential awards contenders.

Here are a few movies to look forward to during winter break.

“The Hobbit: The Desolation of Smaug”

The second three-hour installment of Peter Jackson’s adaptation of “The Hobbit” will see Bilbo, Thorin and the rest of the dwarf company finally
facing off against the Dragon Smaug (voiced by Benedict Cumberbatch). Orlando Bloom’s return as Legolas is a major selling point for the studio, though the role he plays in the story is still unclear. Last year’s “The Hobbit: An Unexpected Journey” became one of only 15 movies in history to pass $1 billion at the global box office. It is hard to say if the follow up can surpass that success, but the latest return to Middle-earth could be one of the biggest hits of the season.

David O. Russell’s follow-up to last year’s phenomenal “Silver Linings Playbook” is the first Best Picture winner of the 2013 awards season. The film was awarded the top honor, as well as wins for Screenplay and Supporting Actress by Jennifer Lawrence from the New York Film Critics Circle Awards on Dec. 3. Christian Bale plays Irving Rosenfeld, a con man who teams up with FBI agent Richie DiMaso (Bradley Cooper) to help take down corrupt politicians. Amy Adams, Lawrence and Jeremy Renner co-star. Early reviews indicate strong potential for acting nominations. Jennifer Lawrence may even be on track to win her second Oscar in two years. The coming months will reveal if Russell’s newest outing holds up against “Silver
Linings Playbook.”

One of the more conventional pictures on the holiday slate, “Saving Mr. Banks” tells the story of Walt Disney’s efforts to put “Mary Poppins” on the big screen. Tom Hanks’s performance as Disney may lead to two nominations for him this year. And Emma Thompson, who plays “Mary Poppins” author P.L. Travers, is always a delight.

“The Secret Life of Walter Mitty”

“The Secret Life of Walter Mitty” sees Ben Stiller back in the director’s chair for the first movie since 2008’s “Tropic Thunder.” In the screen adaptation of James Thurber’s short story, Stiller plays the title character, a Life Magazine office worker who spends more of his time daydreaming than engaging with reality. Sean Penn and Kristen Wiig co-star.