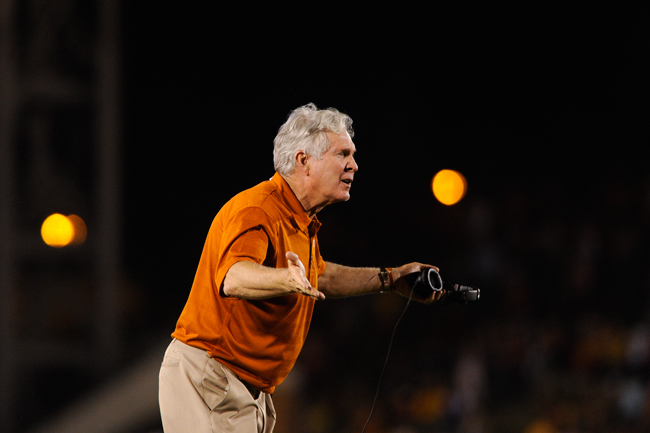 It was quite the anti-climatic ending to an eventful week for Texas fans.

After a Tuesday report expecting Mack Brown to retire as head coach of the Longhorns gained national interest, many thought the veteran coach would retire Friday night at the annual Longhorn football banquet. Instead, Brown gave a short but inspired speech celebrating his 2013 team, ending on a simple note, stating his only goal is to beat Oregon in the Valero Alamo Bowl. Brown mentioned nothing of his future with the Longhorns.

President William Powers Jr. and new men's head athletic director Steve Patterson reportedly met with Brown on Friday morning to discuss the future of Texas football, but Patterson declined to divulge in what was reviewed.

In addition, all suspicion that Alabama head coach Nick Saban would leave Tuscaloosa for Austin was ended Friday night. Saban reportedly made an agreement with Alabama for a long-term contract extension.

Saban, who has won three national titles in the last four years, is expected to receive a sizeable raise and could reach an annual salary of more than $7 million, according to a Tuscaloosa news report.