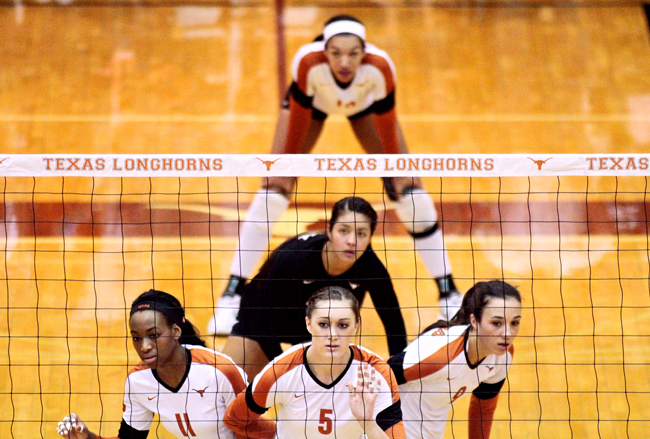 The Longhorns are headed back to the Final Four.

Junior outside hitter Haley Eckerman had 14 kills and 15 digs to lead top-seeded Texas to a straight sets win over 8th seed Nebraska and into the semifinals.

Texas will now travel to Seattle, Wash. to face off against No. 12 Wisconsin on Thursday.

The Longhorns (27-2) dominated the first set, opening up a 6-1 lead and never letting Nebraska (26-7) as the Huskers hit just .106 against the strong Longhorn defense. The second set was tight, but Texas outscored Nebraska 5-2 after a 20-20 tie, taking the win on a block by senior outside hitter Bailey Webster.

Texas trailed for much of the third set but pulled ahead 18-17 on a pair of service aces by sophomore outside hitter Amy Neal and clinched the win on two Webster kills that made the score 24-22.

Webster had 12 kills for the Longhorns. Kelsey Robinson led Nebraska with 21 kills.