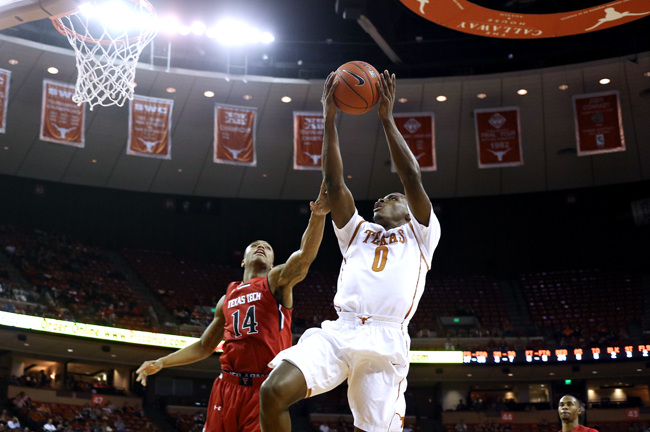 A mere commitment was all head coach Rick Barnes asked of his young team at the start of the season.

A commitment to dedicate themselves in practice, be willing to learn from their coaches and play hard, from start to finish, every time they take the court — all things last year’s team struggled to do.

“It’s about daily preparation,” Barnes said at Big 12 Media Days before the season began. “You have to be prepared for a lot of different things as you go. The goal is to get your guys to understand the fact that regardless of what the situation is, if you’re in it together, can you find a way to get things done?”

Barnes’ bunch did just that throughout the first two months of the season, scrapping its way to a surprising 11-2 record in non-conference play.

While most students were getting ready to head home for the holidays, the Longhorns were preparing for their toughest stretch of the early season: back-to-back games against perennial powerhouses North Carolina and Michigan State.

Texas traveled to Chapel Hill, N.C., riding a five-game win streak, its longest of the season at the time. A 53-point first half performance gave the Longhorns an 11-point lead at the break, which proved to be just enough as Texas held on for an 86-83 upset of the Tar Heels, who were No. 14 in the country at the time.

Riding the confidence-boosting coattails of their biggest victory of the season, Barnes and Co. headed back home for their matchup with Michigan State, which was No. 5 at the time. Tom Izzo’s Spartans proved to be too much for the young Longhorns on that night, beating Texas by a score of 92-78.

But even in defeat, it was clear that Barnes was impressed with the cohesion his team had demonstrated throughout the young season and the maturity of his underclassmen.

“I love this team because they really love each other,” Barnes said after the loss. “They work for each other. They respect each other. It’s a group of guys that have gone business-like about it.”

After bouncing back with a win over Rice to close out the non-conference schedule, the Longhorns were set to open up Big 12 competition at home against Oklahoma.

Early season games give coaches a chance to see what their team is made of and hopefully begin to build a strong NCAA Tournament resume. But an experienced head man such as Barnes, who is in his 27th season as a Division I head coach, knows that it is after New Year’s Eve, in conference play, when a team’s season is defined.

The Longhorns have lost two of their first three Big 12 contests so far, to Oklahoma and Oklahoma State, with their lone win coming against Texas Tech on Saturday night.

While it may not be the start they wanted, there is still plenty of time for the Longhorns to make a run at the NCAA Tournament. For a team many thought was destined for failure, these Longhorns have already surpassed expectations.

Texas next plays Monday at 6 p.m. against West Virginia in Morgantown, W. Va., The game will be televised on ESPNU.