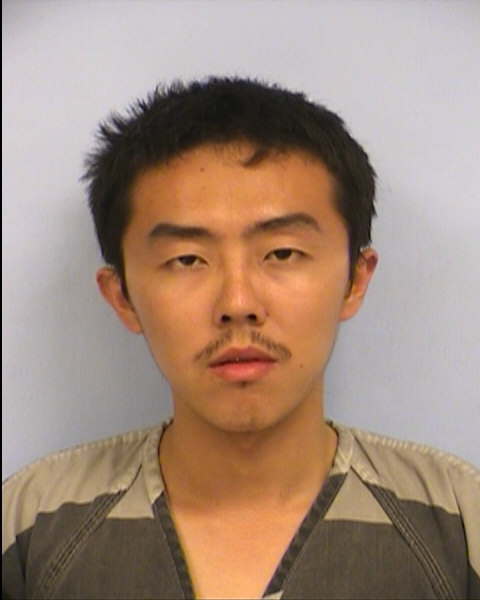 Chenxi Deng, who was charged with aggravated assault after stabbing his estranged girlfriend with a fork in the Engineering-Science Building in September, spent less than a week in jail before being bailed out and is now suspected to be in China.

A judge at the Travis County Central Booking facility set Deng’s bond at $50,000, which was paid by an unknown individual on Sept. 30, five days after his arrest.

“Once he’s in China, there’s no getting him back really,” Young said. “I just don’t see that happening.”

If Deng did return to China, he would not face any further penalties, Young said. The U.S. and China do not have an extradition treaty, which is an official document that would require China to surrender Deng and other people bearing arrest warrants to the U.S. judicial system.

Deng followed Li You, a UT graduate student, from Beijing, where the two had maintained a romantic relationship. Deng audited several classes in an attempt to contact You before he crossed paths with her in the Engineering-Science Building.

Deng and You attended Peking University together, though You left China after graduation to pursue her master’s degree at UT. Deng and You were talking in the hallway when the conversation escalated to physical violence. According to the police affidavit, You had visible puncture wounds on the left side of her nose from the fork.

Deng was able to attend one of You’s classes through UT’s class auditing program, which allows non-UT individuals to take college courses without earning credit. Auditors need the class instructor’s signature and $20 to secure a seat in the classroom, though it has not been determined whether Deng went through the official process.

According to Jim Whitten, a senior administrative associate for the Office of the Registrar, class auditing provides a chance for people to learn at their own leisure and for a fraction of the cost.

“For maybe a retired person would want to take a class for their own enjoyment or just anyone who wants to take a class, we offer that ability,” Whitten said.

No record is taken of previous class auditors, according to Shelby Stanfield, vice provost for enrollment management and registrar. There is no system in place to keep past auditors, such as Deng, out of the classroom.

“As long as the instructor signs off on the person’s ability to take the course, they’re in,” Whitten said.

Jimmy Moore, a UTPD officer in the Crime Prevention Unit, said safety policies have not been altered in any way since the incident.

Deng, charged with a second-degree felony and facing up to 20 years in prison, disregarded his Nov. 22 court date, according to Young. Because Deng failed to attend his court hearing, his bond has been forfeited and there is now a warrant out for his arrest.

Deng’s whereabouts remain uncertain, but he was given an emergency protective order that prevents him from being within 200 yards of You at any time.