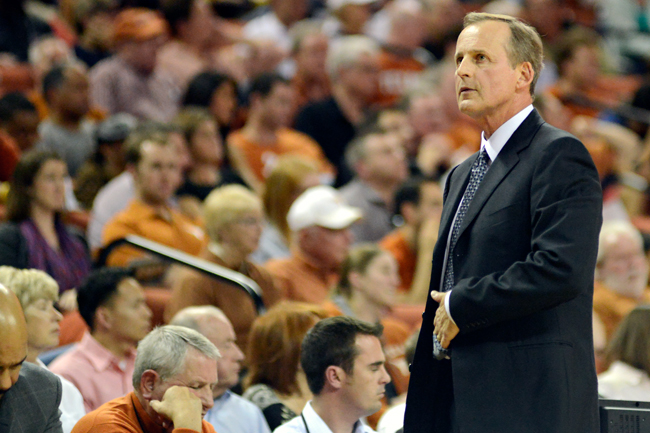 A new year is upon us and with it comes plenty of excitement within the Texas athletic department. Here’s a quick look at what to expect from the Longhorns this spring:

Head coach Rick Barnes’ team surpassed expectations with an 11-2 record in non-conference play and a 2-2 start in Big 12 play, which has the Longhorns in the NCAA Tournament conversation for now. But tournament selections aren’t made in January, they’re made in March, and Texas has plenty of work left to do. Led by junior Jonathan Holmes and sophomores Javan Felix and Cameron Ridley — who is finally living up to expectations — Texas will likely have to win at least seven of its final 14 games to have a chance at making the field of 68. With several games against Kansas, Iowa State, Baylor and Oklahoma State still left on the schedule, that won’t be an easy task.

While the men’s early success was not expected, the women’s basketball team’s efforts so far this season have been an even greater surprise. After leading her team to a 12-18 record in her first season at Texas, the worst season in school history, head coach Karen Aston has turned things around in her second year. The Longhorns currently sit at 11-5 and are primed for an NCAA Tournament berth. But, much like their male counterparts, they’ll need to do well in conference play to cement their spot in the Big Dance.

Coming off his worst season at Texas since 1998, head coach Augie Garrido will need to return to old form this year if he wants to hold on to his job. With men’s athletic director Steve Patterson — a man who is known for his willingness to clean house — now in charge, Garrido’s past successes won’t carry as much weight. Many of the Longhorns’ starters from last season return this year, so the talent is there. It’s just a question of whether it will translate to results.

A year after suffering a heartbreaking loss in the semi-finals of the Women’s College World Series, Texas will face the challenge of life without standouts Blaire Luna and Taylor Hoagland, who both graduated last spring. The Longhorns will look to senior shortstop Taylor Thom for run support and junior Gabby Smith to fill Luna’s shoes on the mound, but a “rebuilding” year might be in store for head coach Connie Clark’s team.