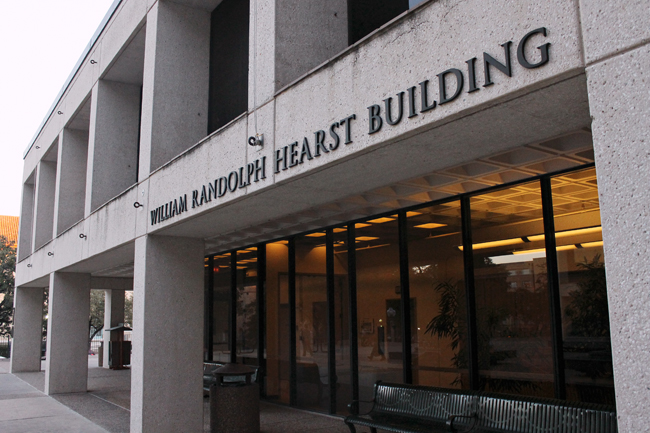 One day after The Daily Texan reported Texas Student Media properties were moving under the domain of the Moody College of Communication, the University appointed TSTV-KVRX studio engineer Frank Serpas interim director of TSM. As he steps into his new job, it remains unclear what the lasting impact of the move to the college might be.

In a letter he addressed to TSM stakeholders, Serpas acknowledged the financial issues of TSM and said the Moody college has an inherent interest in TSM’s success.

“TSM’s charter is to educate students, serve audiences and remain solvent,” Serpas said. “Though the educational mission is paramount, at present solvency is the most urgent concern.”

Serpas also addressed certain questions raised by Daily Texan alumni and supporters. Former Editor-in-Chief John Schwartz, who is now a correspondent at The New York Times, said he was unsure what the Moody college’s involvement would mean for the Texan’s operations.

“I have great respect for the UT journalism school — I love the people in it, but not everyone in journalism goes through the journalism school,” Schwartz said. “The thing I love about journalism is that it’s more trade than profession, and anyone can walk in through the door. The more closely the Texan is tied to the school, the less likely you are to have those walk-ins.”

Schwartz said his main concern as an alumnus is the possibility of restrictions being placed on the Texan’s employment practices.

“I don’t want a structure to arise that makes it harder for an idiot like me to walk in off the street and end up changing his life — and his career,” Schwartz said. “I was going to be a lawyer.”

In the letter, Serpas said he wants to preserve students’ control of their content and equal opportunity to the entire UT student body.

“I was not a communications major, so I appreciate that TSM welcomes students irrespective of their fields of study,” Serpas said.

While some administrators and alumni work to address the questions that have arisen as the result of the move, others question how the decision was made in the first place. A.J. Bauer, treasurer of alumni support group Friends of The Daily Texan, said he does not understand how the change can be made without amending the student Declaration of Trust.

The Declaration of Trust was created in 1971, when Texas Student Productions — which later became TSM — was engaged in a legal battle with the UT System Board of Regents over the control of its financial assets and student editorial content. Unlike student productions’ earlier charter from 1922, the new trust made the organization an independent entity, although its assets and certain staff positions were still to be controlled by the regents.

“I’m waiting to see how they justify [the move],” Bauer said. “The Declaration of Trust is a legal document that can’t just be overlooked.”

Gage Paine, the vice president of student affairs, acknowledged that little student input went into the decision, but said this was a result of inaction on the part of the TSM Board members themselves. Paine said when she spoke to TSM Board members at a meeting in September, she made it clear her office was open to hearing feedback.

“We left [the meeting] with a pretty clear message that it was ongoing, that no decision was made that day and that we were open to hearing people’s thoughts and concerns and ideas,” Paine said. “Not a whole lot of people came and knocked on my door and said, ‘I really need to talk to you about it.’ … It’s true I never contacted them, because I had opened the door.”

“The president decides [the administrative home of TSM],” Paine said. “It’s his decision. It wasn’t a vote … did anyone pick up the phone and poll the board members? No.”

Paine said administrators were planning to tell the TSM property managers about the move to the Moody college on Friday.

Paine also said she wanted to make clear the decision was not an act of desperation by her office or a power play on the part of college.