Updated: University to be closed Friday because of inclement weather 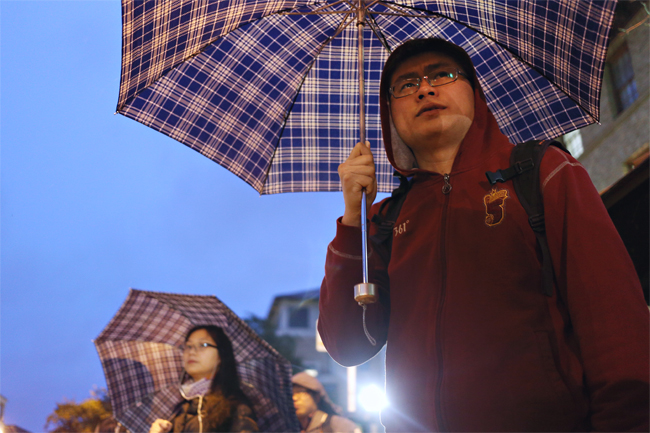 Update (1:22 a.m.): As temperatures in Austin continue to hover below freezing, representatives from the University, the City of Austin and Austin Independent School District made a collaborative decision to close their respective offices Friday.

According to Troy Kimmel, the incident meteorologist for the UT Campus Safety and Security Committee, the closure decision was made earlier than usual, in part because of how quickly conditions in the city deteriorated. The decision to close the University as a result of inclement weather is usually made around 3 a.m. on the day the weather event occurs, but in this case representatives were ready to make a decision early.

“Conditions deteriorated substantially,” Kimmel said. “Temperatures got lower — we were getting more and more reports from Austin’s first responding agencies that it was getting really bad even as we came toward midnight. Everyone kind of followed the lead [to close].”

Kimmel, who is also a senior lecturer in the department of geography and the environment, said students should expect temperatures below-freezing until at least midday Friday.

“I expect temperatures will remain at or below freezing until at least around noon,” Kimmel said. “Precipitation should end by daybreak, within the next six hours. The situation will only get worse toward morning, but the temperatures will rise by afternoon, and we’ll see the icy patches give way.”

Kimmel also explained the difference between snow and sleet. The sleet currently falling over Austin is frozen raindrops, while snow never solidifies from a liquid state — it changes directly from a vapor into a solid, Kimmel said.

“Thirty-two degrees at the ground doesn’t get you snow,” Kimmel said. “You’ve got to know the temperature of the atmospheric column above your head, all the way up.”

Kimmel said there is a chance the sleet will turn to snow in the next few hours.

“There’s some indication that in the next hour or so this will turn to snow, and stay that way until it ends at daybreak,” Kimmel said.

Update (1:02 a.m.): With the University being closed Friday, here are three tips from the Office of Emergency Preparedness:

1. If you have to go outdoors, bundle up. Most of the body heat is lost from the region around your head. Wear hats and keep as much of your head covered as possible.

2. Wear multiple layers. With a combination of wind chill and sub-zero temperatures, the human body becomes incapable of matching the rate of heat loss, and any exposed skin could freeze.

3. Avoid driving. If you must travel, drive slow and do not lock your brakes. Approach traffic signals with caution and if your wheels lock, take your foot off of the brakes. If you start skidding, steer the car in the direction that you want to go.

Update (12:43 a.m.): The University noted in a second press release that classes will resume Monday.

Original: The University announced that it will be closed Friday because of inclement weather.

For more information on how the decision to close and delay school is made, visit this previous Daily Texan story.