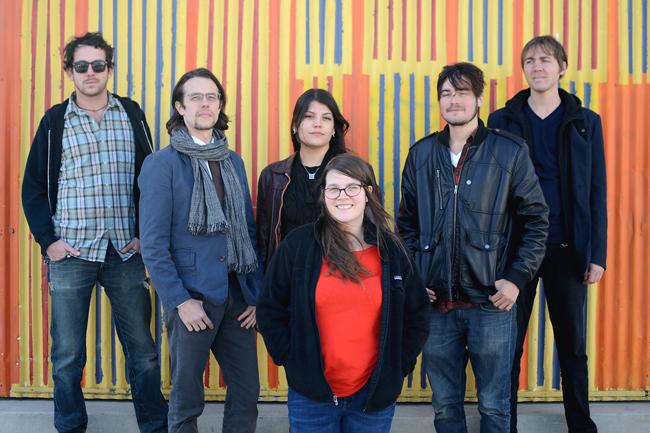 Hostel Earphoria is a hostel for musicians and music lovers, a place of collaboration and the manifestation of founder Jules Esh’s 8-year-old vision. And it’s coming to Austin this year.

Esh started Hostel Earphoria in January 2012 in Chicago’s Logan Square. On the surface, the hostel is a temporary home for musicians. Anyone is welcome, but musicians pay a reduced rate to stay overnight and access the hostel’s musician-friendly amenities, such as pianos and guitars donated by friends of the community.

But Hostel Earphoria has become more than just a place to spend the night. A constant stream of musicians who create, share and perform music move in and out of Earphoria’s open doors.

Ben Maroney, a sound engineer and current head of the hostel in Chicago, says he loves what he’s seen Earphoria become over the years.

“It’s really interesting seeing all these people from different backgrounds meet this collaborative goal and make this happen,” Maroney said. “Everyone who’s involved in the community cares.”

Over the course of two years, Earphoria created a physical location for a large portion of Chicago’s music scene. Tim John, a Chicago writer and musician, found out about Hostel Earphoria Chicago through Air BNB, an online booking agency. He intended to stay one night, but became a part of the community for months.

“The hostel itself has an extremely cool vibe,” John said. “There’s great shows on the weekends, and a string of traveling musicians and music lovers comes through during the summer. There’s a community with regular participants, and it’s all focused and centered around music.”

With the success of Hostel Earphoria in Chicago, Esh and a team of four others from the Earphoria community decided to leave the flourishing Chicago hostel and bring their idea to a new front. They knew they wanted a city where music was the focal point of the culture instead of just part of it, so they set their sights on Austin.

Esh moved to Austin three months ago with a goal: She wanted to bring the same sense of community which held Hostel Earphoria Chicago together so well, to the Austin music scene. For Esh, it’s the next of many community-centered projects.

The Earphoria idea started with a music podcast Esh started in 2006 from her home in Whitehall, Mich., after leaving her job in community development. She interviewed musicians, recorded their performances and shared the content with her followers. When Esh moved to Chicago in 2007, her Earphoria podcast attracted the attention of tech-savvy, creative-minded people she met through her day job at Apple, and they were soon ready to join Esh in taking the concept of Earphoria further.

Earphoria grew from a podcast to a music blog, with an ambitious team of audiophiles, led by Esh. She quickly realized the Earphoria engine was self-sustaining, allowing her to envision a new direction for the idea.

“Here was a big group of people who always wanted to be together, playing music and relating,” Esh said. “That’s when I had the vision of having an actual space where artists could stay when they were touring and individuals who were musicians could stay without the fear of upsetting their neighbor or their roommates.”

Five years after its inception, it was time for Earphoria to have a physical location. Esh wanted to create a location for the music community in Chicago. Esh found a home in late 2011, and, a month later in January 2012, Hostel Earphoria was fully operational.

Now, two years later, Esh and her team face a similar challenge in the real estate jungle of Austin. In a city that saw a 12-percent spike in property values last year, local musicians are finding it harder and harder to live close to downtown, the hub of the live music scene. The Earphoria crew said they know they can be a valuable resource to musicians in Austin.

“There are musicians here that can bring others together,” Earphoria co-founder Lydia Palazzolo said. “When you bring people together, things happen. Austin is full of creativity. Chicago is a big city with lots of restrictions. Here, it’s more of a DIY community. There is more openness to musicians and to the creative mind.”

David Click, an audio engineer who joined Esh and others here in Austin, is optimistic that Earphoria’s addition to Austin will prove to be beyond beneficial.

“[Earphoria] is extremely open to new things and new people,” Click said. “The community is very supportive. It’s like a family of musicians, all working for the cause.”

Esh and her team are relentlessly searching for Hostel Earphoria’s Austin location and hope to have it up and running as soon as July 1.

“We’re not here temporarily — we want to do something fantastic,” Esh said. “Everything forms around music here. We want to bring Austin that same sense of community.”