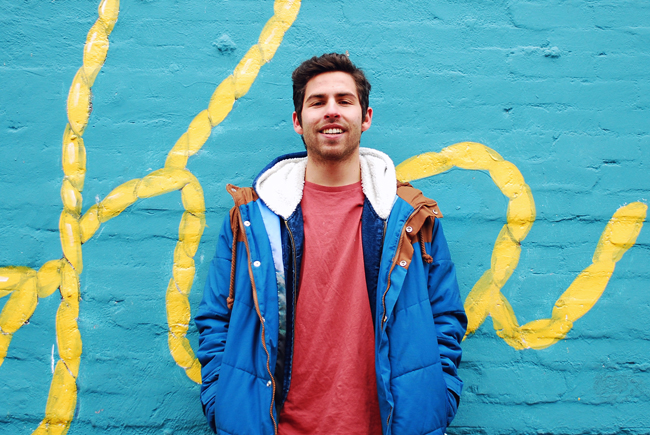 Ari Gootnick, a sophomore advertising major, co-developed a new app, GreekLink, to better connect those involved in Greek life. Gootnick hopes the app will make communicating events in Greek life easier and aspires to eventually share it with universities across the nation. " />

Ari Gootnick, a sophomore advertising major, co-developed a new app, GreekLink, to better connect those involved in Greek life. Gootnick hopes the app will make communicating events in Greek life easier and aspires to eventually share it with universities across the nation.

GreekLink, a new social media mobile application targeted towards Greek life at UT, is in the early stages of introduction, but its creator is setting sights high for the future.

During his freshman year, advertising sophomore Ari Gootnick joined the Zeta Beta Tau fraternity and collaborated with friends to develop the initial framework of the app.

“I’m from Los Angeles, and I came to UT and didn’t know anybody. I thought a fraternity would be a good idea to get to know people and to see where it would take me,” Gootnick  said. “The idea came about last spring, probably the last month of school, and so we actually started sitting down and developing the app in the summer.”

One of these friends was Noah Johnson, a business administration sophomore at the University Of Southern California, who is now a co-founder and CEO of GreekLink. Gootnick said he appreciates the dichotomy between the pair’s work styles.

“My partner and I are very different and very similar at the same time. I’m more of the designer, and he’s more of the businessman — the doer,” Gootnick said. “It’s the reason I think we’ve been so compatible.”

Johnson said Gootnick possesses some essential qualities for this project.

“[Gootnick] is creative and diligent,” Johnson said. “He’s social enough to create connections within Greek life, and I think he’s working hard enough to make this app naturally take over.”

Gootnick said the process required his team to look critically at how fraternities and sororities communicate.

“We looked at what was flawed in the Greek community,” Gootnick said. “First, there is no central space to share events, so we created a calendar where fraternities and sororities can share their events. And secondly, we wanted it to be more connected, so we made it into a more social platform where you can comment or post pictures on specific event pages.”

Gootnick said producing the app required cross-cultural communication skills to prevent the nuances of Greek culture from being lost in translation.

“We actually found a developer located in Ukraine,” Gootnick said. “They didn’t really understand Greek life at first. It’s actually really funny to describe it to someone who doesn’t know what a fraternity or a sorority is or how they interact with each other.”

“Any entrepreneurship that impacts the university is a good thing,” Warner said. “We’re glad to be supporting him and we’re eager to see how it connects the brothers in our University.”

Gootnick said he can see the project impacting all students at UT in the future.

“The app is about awareness,” Gootnick said. “Your school can be aware of Greek life, whether you’re directly involved or not.”