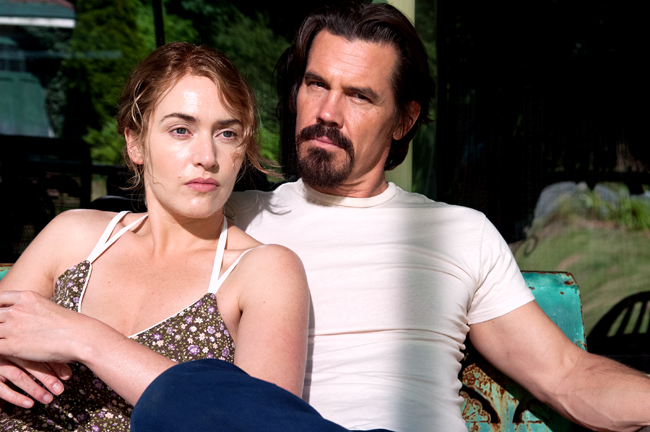 In a career filled with a brilliant mix of sarcastic humor and genuine emotion, director Jason Reitman has finally directed his first wholly dramatic project.

“Labor Day” is a learning film, a drama made on training wheels from the director of poignant but hilarious works, such as “Juno” and “Up in the Air.” For Reitman, it seems that straying this far out of his comfort zone has resulted in a well-shot, weepy and often wince-inducing melodrama.

“Labor Day” follows agoraphobic homemaker Adele (Kate Winslet) and her 13-year-old son Henry (Gattlin Griffith) on a particularly lonely iteration of the titular weekend. Adele is divorced. Her ex-husband and Henry’s father (an underused Clark Gregg) has a new wife and family. Their life is simple, quiet and slightly creepy. Henry fills the role of husband in every way he can and verbally acknowledges the areas he can’t.

The origins of Adele’s agoraphobia are unknown, but it’s severe enough that store clerks and bank tellers are used to seeing Henry run errands unaccompanied. Adele’s small degree of control over her life is shattered when an escaped convict (Josh Brolin) holds her and Henry hostage with the intent of leaving on the next train. But the trains aren’t running on Labor Day, so Frank, the convict in question, is stuck.

Frank ends up being charming and kind, possessing near-mystical levels of domesticity. He does things like cook chili, fix the car and clean the gutters, and, in one of the weirdest scenes of movie foreplay, he teaches Adele and Henry to bake a pie. “Labor Day” proceeds in predictable fashion. Convict Frank fills the role of father and husband so well it’s like a dream, even as flashbacks slowly tease out the details surrounding his crime. He and Adele fall in love as Henry discovers a new father figure.

Brolin and Winslet are well cast and handle their parts admirably. Brolin’s early scenes are especially strong. His role as Frank is mercurial and impossible to read, smoothly slipping from genial and helpful to feral without ever seeming cartoonish. Winslet sells her character’s fear and fragility with a body-encompassing performance and an eyebrow arch that would make Lena Headey jealous. What holds these actors back is a surprisingly clunky screenplay adapted by Reitman from Joyce Maynard’s novel of the same name.

Reitman has called this a movie without cynicism, which puts it in opposition to his past works, but the earnestness of “Labor Day” is better described as cheesiness. The script is packed with lines so sappy even Meryl Streep couldn’t sell them, and they undermine the good work that Winslet, Brolin, cinematographer Eric Steelberg and production designer Steve Saklad are doing. Saklad’s design creates a haunting vision of loneliness and claustrophobia in the house where most of the scenes take place.

The quick editing Reitman is known for is back, albeit in a much more somber, low-key form, and many scenes are punctuated by narration from Tobey Maguire, who plays an older, omniscient version of Henry. Maguire is given line after cumbersome line explaining how his younger self is feeling, rather than trusting Griffith to do so with his expressive but quiet performance.

“Labor Day” is a completely new direction for Reitman, and it’s not the best fit. The movie feels like the kind of ’50s melodrama that Todd Haynes purposely emulates in the brilliant “Far from Heaven.” But where that film effectively channels the style into homage, “Labor Day” functions as a series of musical swells, rough lines and soapy plot twists that ultimately let down its talented cast and its normally proficient director.