Newly published test to aid in education of bilingual children 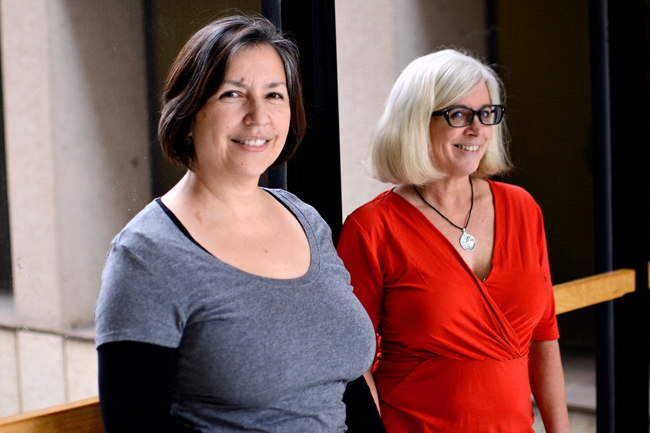 Two UT professors saw 15 years of research pay off when their bilingual speech pathology test was published in December.

Along with researchers from universities across the country, communication sciences and disorders professors Elizabeth Pena and Lisa Bedore began research for the Bilingual English-Spanish Assessment project in 1998. According to Pena, the idea came from various National Institutes of Health focus group meetings.

“I think it should help speech language pathologists who are working in schools who work with preschool and young school-age kids,” Pena said. “I think it will eventually help the kids, too.”

According to Casey Taliancich, a communication sciences and disorders graduate student who worked with Pena and Bedore on the test, pathologists who have been able to use the assessment obtain a deeper understanding of the children’s linguistic abilities.

“I feel like we get a more comprehensive picture of what the children can do in both languages.” said Taliancich, who also works as a bilingual speech-language pathologist in Dallas.

Pena said she believes many bilingual children are being misdiagnosed with learning disabilities.

According to Nancy Martin, owner of AR-Clinical Publications, the company that published the BESA, misdiagnoses affect the children’s education.

“[Children] don’t get the right diagnosis and are tracked into different educational routes,” Martin said.

“A lot of what we know in the U.S. — actually worldwide — about language acquisition is based on English, and English isn’t representative of the whole range of variation in languages,” Bedore said. “Studying other languages is important in terms of understanding the whole range or challenges.”

Although the assessment is intended only for bilingual children who speak English and Spanish, Pena said the test could be developed for other languages through further research.

“We study Spanish-English bilinguals because I think [they’re] popular languages [in] Texas, but we have somebody in our faculty who is interested in Mandarin-English, and we’ve extended a lot of our work to other language pairs too,” Pena said.