Texas softball ready for first tournament of the year 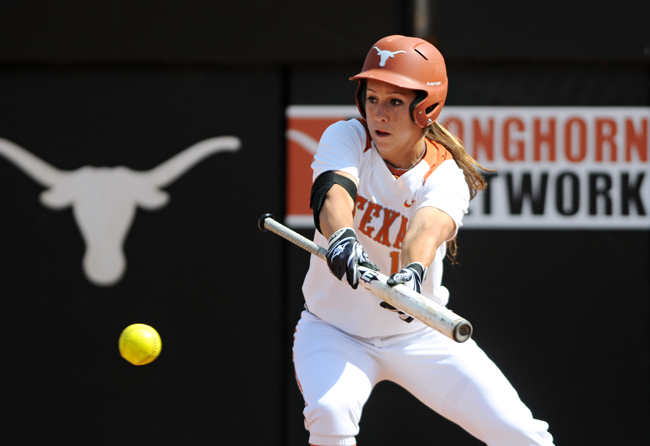 After a long offseason of facing the same batters and the same pitchers, the first tournament of the season is an exciting moment for teams.

Playing five games over the course of three or four days allows coaches to see who their starters will be conference play starts, and young players are able to get used to the college game.

The Longhorns will play their first tournament of the year away from home for the first time since 2007, electing to compete in the Louisiana Classic in Lafayette, La. Texas will face North Carolina, Louisiana-Lafayette, Purdue and Northern Iowa in the three-day tournament.

While Texas comes in as the highest-ranked team in the tournament — ranked No. 10 by the National Fastpitch Coaches Association — they’ll face stiff competition, particularly from Louisiana-Lafayette.

The Ragin’ Cajuns are coming off of a run to the Super Regional where they fell to Michigan. This season, they are ranked No. 13 in the preseason ranking and pitcher Jordan Wallace is looking to continue her success from a year ago when she was 32-9 with 382 strikeouts.

The Longhorns swept all three games the two teams played last year, but head coach Connie Clark knows it will be different this time around playing in Lafayette.

“They usually draw pretty well and they really enjoy their softball down there,” Clark said.

Texas will face North Carolina in its first game of the tournament. The Tar Heels finished last season 40-21 and made it into the NCAA tournament. They return 10 of their key players, including pitcher Lori Spingola, who went 30-15 last year with a 2.50 ERA and 304 strikeouts.

Clark said starting the season with both of those teams will be a needed challenge for the Longhorns.

“I think that’s exactly what we need to get these young players into the fire as quickly as we can,” Clark said.

The Longhorns are coming off of a 6-1 win over LSU in their opening game of the season. Senior shortstop Taylor Thom boosted the Texas offense with a three-run home run in the fifth to put the game out of hand. Junior pitcher Gabby Smith allowed only one unearned run and struck out two in the complete game.

The Louisiana Classic is part of a tough non-conference schedule for Texas, who will also play Arizona State, Michigan and Washington — all of which are ranked in the top 10 going into the season. With seven freshmen joining the Longhorns for 2014, senior shortstop Taylor Thom said the team’s focus for the tournament and the rest of the non-conference schedule will be consistency.

“There are a lot of new faces out there and not a lot of experience, so we’re just going to have to continue to work through the ups and downs,” Thom said.

But now that the Longhorns are playing someone other than themselves, Smith said they’re ready to go out and have fun.

“I know we’re all really anxious to have a different opponent,” Smith said. “It’s going to be good to see different batters.”