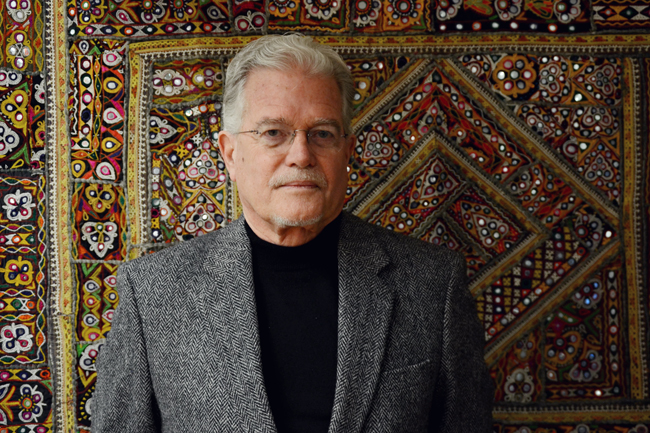 Bruce Cumings, professor at the University of Chicago, speaks on the relationship between the U.S and Korea on Friday. " />

Bruce Cumings, professor at the University of Chicago, speaks on the relationship between the U.S and Korea on Friday.

Although the U.S. and North Korea signed the Korean War Armistice more than 60 years ago, the potential for nuclear violence and other threats is still a large part of the relationship between the two countries, a University of Chicago professor said in a speech Friday.

The armistice, signed after the Korean War in 1953, established a demilitarized zone between North Korea and South Korea and called for all hostilities between the U.S. and North Korea to stop until a peaceful settlement had been achieved. According to Bruce Cumings, a history professor at the University of Chicago, that goal still has not been reached and tensions between the two nations remain strong.

“The armistice was just a cease-fire — not a peace treaty,” Cumings said. “The war never officially ended. And now we have a series of threats by the U.S. and North [Korea] and South Korea to do it all over again.”

Cumings said the relationship between the two countries has evolved into a series of war games, with each country trying to intimidate the other through atomic blackmail.

“In March of 2012, Obama sent B-2 bombers to the Korean peninsula to show the Koreans that our bombs were still ‘nuclear capable,’” Cumings said. “I’m sometimes overwhelmed by the amount of long-running violence between the two countries. It’s almost as violent today as it was after the armistice in 1953.”

Economics graduate student Jing Lee said she attended Cumings’ talk because of her interest in how the armistice affects global economics.

“Korea has important trade relations with the U.S., so it’s interesting to see how the tension in their relationship plays out on the world stage today,” Lee said.

The U.S. has tried to negotiate several times with North Korea about its nuclear development. The two countries, along with many others, passed the Non-Proliferation Treaty in 1970, which forbade non-nuclear states from developing or acquiring nuclear weapons. The treaty was negotiated again in 1994, when North Korea agreed to freeze its plutonium weapons program in exchange for aid.

Cumings said, although the war has faded into the past for the U.S., it still has a major impact on Koreans today.

“Americans treat it as this ‘forgotten war,’ but North Korea is still fighting it in its boneheaded ways,” Cumings said. “You go to North Korea and people start talking about it right away: about their grandfather or brother who died in the bombings.”

According to Cumings, Korea’s unstable future and nuclear potential still pose a threat to the U.S. today.

“We remain steeped in denial about a conflict that is both almost 70 years old, and always within an inch of breaking out again,” Cumings said. “If we don’t try to get it under control, I think we could wake up one morning and have war break out in Korea, and people would say, ‘How the hell did that ever happen?’”

“A lot of people don’t know that the war hasn’t technically ended,” Ramirez said. “It’s good to know how the armistice still affects us today.”