Conservatives should stop the “Race to the Right” in Texas politics 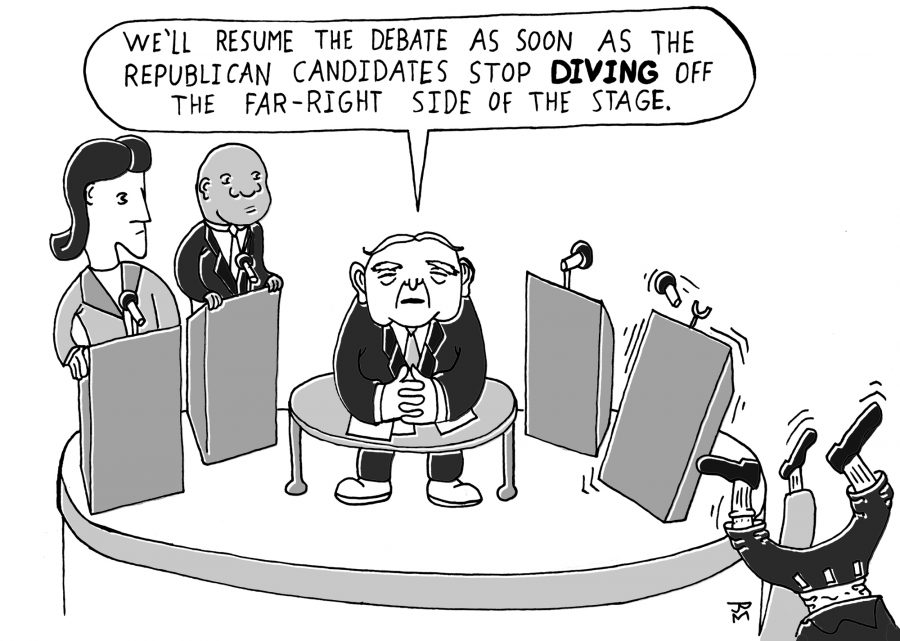 In mid-January, State Sen. Robert Duncan (R-Lubbock) took the stage at a local meeting of the Lubbock Rotary Club, where he criticized the “Race to the Right” in Republican primaries, where candidates try to appeal to an increasingly extreme conservative voter base by outdoing one another’s political positions. Duncan, who is not up for re-election this year, took the opportunity to criticize many of his colleagues for what he felt was an insane example of political posturing.

“We have dumbed down our elections,” Duncan said in comments first reported by the Lubbock Avalanche-Journal. “It’s a race to say who’s the most conservative.”

Duncan, mind you, is no rogue liberal holdover in the Republican Party. In past legislative sessions, he served as the president pro tempore of the chamber and currently serves as the chairman of the Senate State Affairs Committee. In fact, it was Duncan who served as speaker of the body when Wendy Davis famously filibustered last June.

However, Duncan has received intense criticism from many in his party. In addition to the backlash he received for the aforementioned comments, he has been met with ire for maintaining a working relationship with Democrats that is allegedly too conciliatory. Duncan believes the government should function as a bright institution with a goal of bettering society, which is evidently no longer acceptable to the Republican Party.

But the criticism is not just directed toward Duncan. Recently, a right-wing PAC named Accountability First, which has recieved large donations from embattled UT Regent Wallace Hall, announced it would be heavily funding Tea Party primary opponents to two more moderate state representatives: Byron Cook (R-Corsicana) and Jim Keffer (R-Eastland). Both men are longtime allies of House Speaker Joe Straus, who has incessantly faced a wary and dubious conservative faction.

“Rep. Keffer voted for in-state tuition for illegal immigrants,” said Cullen Crisp, a businessman and farmer challenging Keffer in the Republican primary. Crisp continually points to alleged bouts of “liberalism” by his opponent. To be fair, the law that Crisp notes, first passed in the 2001 session of the Texas Legislature (the last to include a Democratic majority), was approved nearly unanimously. In fact, of the 150 members of the Texas House, only one dissented.

A similarly illogical sentiment occurs in Corsicana as well.

“As Chairman of the [House] State Affairs Committee, [Cook] has been one of the biggest impediments to passing conservative legislation in the Texas House,” said Jeff Morris, chairman of Young Conservatives of Texas. You may have heard of Young Conservatives following their infamous idea for “Catch an Illegal Immigrant” day at UT. It appears that the YCT has now focused its energy on defeating pro-amnesty Republicans. “Rep. Cook has been especially damaging when it comes to legislation fighting illegal immigration,” Morris said. “That is not a conservative record. That is a liberal one.”

I am at a loss for words to those alleging Cook is a liberal in any way, shape or form. Opponents of last year’s omnibus anti-abortion bill will remember him with scorn, as Cook was the committee chairman who famously ended testimony against the bill with hundreds of speakers still on the wait list. Whether you agree with the bill or not, such behavior is not typically associated with liberal politics in this country.

Individuals such as Duncan, Cook and Keffer are not liberals. What they are is pragmatic and bipartisan. That’s the reason the three men are often admired from individuals on both sides of the aisle, and in the media. It explains why they have been honored with the accolade of “Best Legislator” session after session by Texas Monthly. But it does not make them poor representatives. For the sake of our state, I hope the Republican primary voters in their constituencies see it the same way.

Horwitz is a government junior from Houston.