No matter who’s right in Woody Allen dispute, don’t keep his films from the classroom 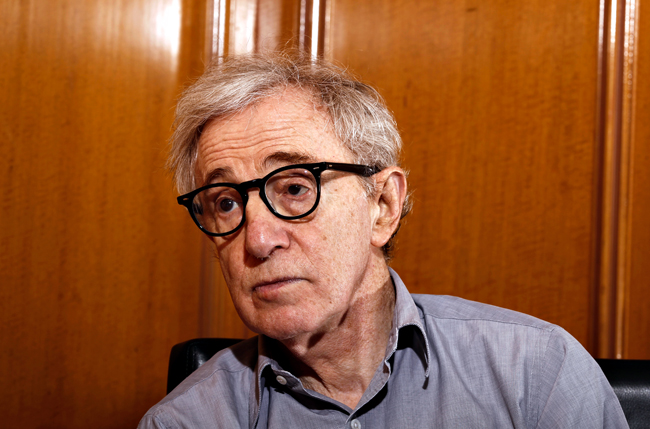 As anyone who’s survived sexual abuse can tell you, the problem is far more pernicious than people think. Anxiety, depression, PTSD and a whole host of other mental illnesses can affect a survivor’s future. These interfere with your job, school, relationships, self-esteem, sexuality and every other corner of your life.

Believe me, as a survivor of sexual abuse, I should know. The shame that you silently carry is enough to break you, and it often does — repetitively. You find new ways to re-inflict the abuse with drugs, sex, alcohol and anything else you can get your hands on. Living and engaging with other people and ultimately yourself requires a vulnerability you no longer have. You could work to get it back, but that would mean staring the truth in the eyes, and your reflection is the last thing you want to see. You laugh at jokes about sexual abuse so that no one suspects that you’re actually a survivor of it. You stop sleeping so you don’t have to relive it again and again. The suffering is consuming, relentless and exhausting, as is the healing.

So when I read Dylan Farrow’s column alleging that her adoptive father, famed director Woody Allen, molested her as a child, I was immediately empathetic. It was difficult enough when I told my family about the abuse I endured. I cannot imagine disclosing my story, as Farrow did hers, to millions, never mind having its veracity debated all over the U.S. in coffee shops, newspapers’ comments sections, tweets and at dinner tables across the country.

I won’t pick sides in the argument between Farrow and Allen [Allen has publicly disputed Farrow’s claim that he abused her],  despite my own experience. Picking sides, forming camps and bashing one another is exactly how to shame other survivors into continued silence. I’d hate to take part in anyone’s suffering. I’m more interested with how this situation forces us to examine his legacy.

Historically, there are countless examples of gifted people who did bad things. Roman Polanski directed many notable films but was accused of statutory rape in 1977. Martin Luther King Jr. was one of the most prolific humanitarians of the 20th century but had a documented “weakness for women.” John Lennon wrote timeless songs about love and life, but his first son Julian claimed he’d abandoned him.

History is filled with stories like these. As humans, we are judged on a polar spectrum of good and bad. But if you’re important enough, history has a way of concealing the bad and reinforcing the good. We make angels out of men when instead we should be able to recognize the reality of their indefensible actions.

So how should we look at Allen’s legacy? Nancy Schiesari, a radio-television-film professor and director of photography of more than 30 acclaimed films and documentaries, described the difficulty of presenting the work of professionals as examples, while maintaining that the professionals themselves are not role models.

“If Woody Allen committed these crimes against his daughter, then my feelings about his films would change,” Schiesari said. “I wouldn’t be able to enjoy them without thinking of the director’s backstory.”

“One can use [Allen’s] work to illustrate some aspects of cinema language, but I would always tell students about his history, much like the history of Riefenstahl who was an extraordinary director/choreographer of camera placement,” Schiesari said. “But I don’t think her films merit the attention, and in both Riefenstahl and Allen’s case, I would rather show other directors’ work that illustrates the same idea.”

I agree with Shiesari’s point on how to teach his films and commend her for that perspective. How can we teach art without understanding the experiences of the artist? I think it would be ridiculous if professors banned  Allen’s films based on these allegations. Not because I’m a fan or because I believe his account of what happened. Even that shouldn’t matter. If we stopped teaching art based on the artist’s misdeeds, we’d have nothing to teach. If we tried to tiptoe around the truth we’d rob students of an honest understanding. Experience, both the good and the bad, informs art. You cannot separate the painter from the painting nor should you separate the filmmaker from the film.  Their intentions, both personal and creative, are just as important as the impact of their work. The discourse we have about them should reflect that.

If we teach art without context, we do a disservice to ourselves as students and professionals. Critical thinking and evaluation are tools we use throughout our lives. Making exceptions in the classroom only reinforces the idea that acknowledging vices  are unnecessary if our achievements are loud enough to quiet them. That lesson and its application is not a tool that students use to change the world positively but a weapon that can further divide it.

Maney is a journalism senior.