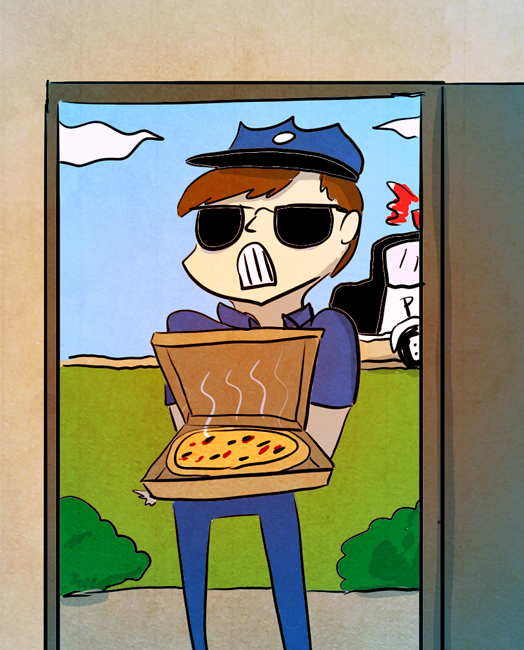 Students don’t report crimes as often as they used to, even though a free pizza hangs in the balance, according to campus police.

About eight years ago, while reviewing crime reports, UTPD officer William Pieper noticed bicycle thefts during the daytime had spiked.

In response, the department began offering free pizzas to anyone who reported suspicious activity that led to the apprehension of a bike thief.

Pieper pitched the idea to then-Police Chief Robert Dahlstrom, who decided to expand the program to include free pizza for reports of any suspicious activity that led to the apprehension of a criminal.

“When we first started the program, we saw a spike in reports of suspicious activity and we actually saw an increase in the amount of bike thieves that we arrested,” Pieper said. “It really encouraged people to call in when they saw something.”

According to Pieper, instead of UTPD setting aside funds, individuals within the department chip in for pizzas. The pizza is purchased from the tipper’s preferred restaurant, Pieper said.

Pieper said the offer is extended anyone who submits a crime tip and is not exclusive to UT students, faculty and staff — but the tip must result in apprehension for the tipster’s pizza dreams to become a reality. Typically, people only submit one tip, according to Pieper.

“I think we had one person years ago who made two reports over the course of several months, but, so far, we do not have any frequent flyers – or pizza eaters, as it were,” Pieper said. “I think we’ve only had one case where somebody said they didn’t need [a pizza].”

Pieper said tips aren’t submitted as frequently now as they were when the program was implemented.

“I’m hoping that with more advertising and more media stories, that will reinvigorate people to call in on suspicious activity,” Pieper said. “We encourage people to put the UT police department number in their cell phones. That way if  they see something they’ll have our number handy.”

The Austin Police Department does not offer any similar incentives, according to Lisa Cortinas, senior public information specialist.

“Sometimes family members of victims or businesses that are victims will offer rewards, but that’s really it,” Cortinas said.

Kendall Hogenmiller, a textiles and apparel sophomore, said she thought the program could prompt students who may not otherwise report a suspicious person to call UTPD.

“I feel like I would call anyway,” Hogenmiller said. “But it’s nice knowing that you would get something out of it.”