Project Connect narrows down modes of transportation being considered 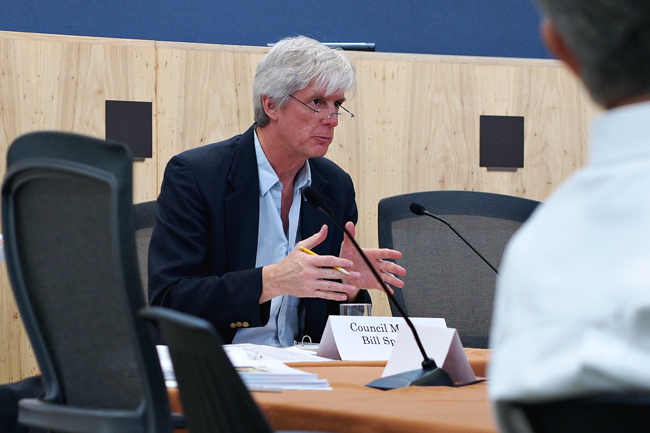 The project to create a public transportation system aimed at reducing traffic congestion has narrowed the modes of transportation being considered in Austin from 14 to two — bus rapid transit and urban rail — at a Project Connect advisory meeting Friday.

Project Connect, a collaboration between Capital Metro, Austin City Council and Lone Star Rail, aims to increase transportation connectivity within Austin and in Central Texas. The plan to reduce traffic congestion in and around central Austin, referred to as the Central Corridor, creates a high-capacity transit system with multiple modes of transportation. These transportation modes are meant to be faster with more frequent service and fewer stops.

According to Kyle Keahey, lead consultant for the project, urban rail has the potential to be used in different kinds of areas.

“[Urban rail] is kind of like a streetcar and light rail mix,” Keahey said. “[It is] one vehicle that could be a streetcar in your inner city but when you get outside the city it operates more like a rapid transit.”

John-Michael Cortez, CapMetro community involvement manager, said the project’s goals include wait times of no longer than 10 to 15 minutes during peak periods. Also, Cortez said the targeted spacing between the stops will be half a mile to a mile, and average speed, including time spent at stops, will be approximately 20-30 miles per hour.

Spelman said an option he thinks will receive greater consideration from the project collaborators is an underground train that will extend to campus.

According to Spelman, the project is considering an option that would connect South and Central Austin using a train that would travel below Lady Bird Lake. Spelman said the train’s technology requires that the earliest the train could return to surface level is near Fourth Street.

“UT would be particularly well-served if, at least, the downtown section of this train were underground,” Spelman said.

Spelman said extending the length of the possible underground train route would avoid using an additional lane — which bus rapid transit requires — and minimize the chance of hitting pedestrians.

“I think it’s part of UT’s master plan to have more pedestrians on the east side of campus,” Spelman said. “It seems to me that what people are looking for is new capacity, and we can’t create new capacity on our roads.”

According to Keahey, after finalizing a plan with the city in May, the team will present a final plan to the council to vote on in June. If the plan is passed, a November bond election will determine funding sources for the project.