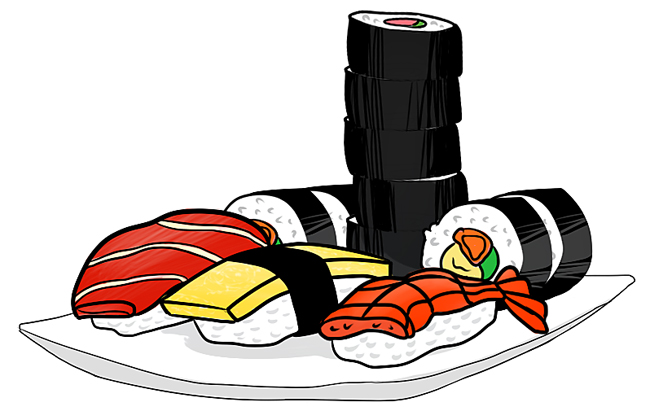 The conference, titled “Devouring Japan: An Interdisciplinary Conference on Japanese Cuisine and Food Ways,” served as the culmination of an extended look at Japanese cuisine over the past few months. The Center for East Asian Studies showed a film series and hosted lectures held on the same topic in the fall of last year.

In December 2013, Japanese food, or “washoku,” was given a bid into UNESCO — the United Nations’ cultural organization — as a part of the Intangible Cultural Heritage list, marking the cuisine as a world treasure.

The conference was made possible by a grant from the Japan Foundation — a Japanese institution tasked with the dissemination of Japanese culture — and several private endowments. Nancy Stalker, associate professor of Asian studies and co-organizer of the event, said she was turned down by the University when she asked for funding.

“Unfortunately, East Asian Studies is not a priority for this university,” Stalker said. “I encourage the UT administration to support us more.”

Erin Newton, Asian studies graduate student and a volunteer for the conference, said the reverence Japanese people have for their cuisine is unlike that of any other culture.

“There are few societies which recognize food as a real cultural asset,” Newton said. “Considering we spend so much time and money on it already — to consume and not just produce it — why not pay more attention to food?”

Speakers at the conference covered a large range of topics including Japanese food history, regional culinary identity, food security, impact on the Japanese body and food in literature.

Nico Ramos, a recent Asian studies graduate, said that, although food is a relatively new field of study, it should be explored more.

“Food culture in general is just so embedded in our daily lives,” Ramos said.

According to a 2013 estimate by the CIA, Japan boasts the third longest life expectancy of any country. Also, most Japanese women don’t experience symptoms of menopause — in fact, there is no Japanese word for the phrase “hot flashes.” Ramos said both health perks can be attributed to the Japanese diet.

Newton said she found the turnout from the Austin community refreshing. In addition to the public, conference attendees included professors and students from universities across the country, as well as scholars visiting from Japan.

“I can’t think of any conference I’ve ever been to that has drawn so much outside interest,” Newton said.