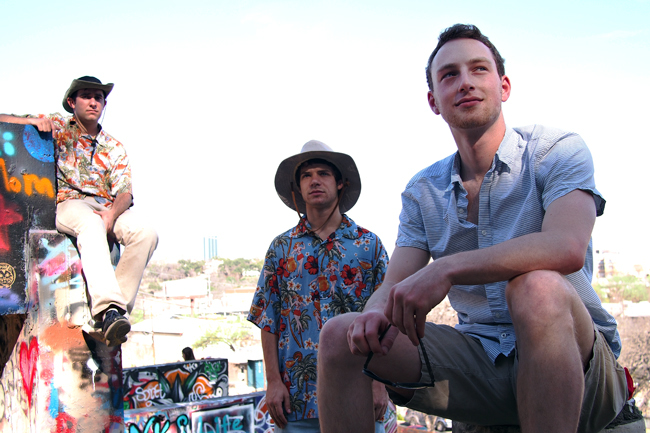 Access Austin founders Sam Yonack, Andrew Kleiman and Sam Devine aim to provide an opportunity for students to explore the greater Austin area. They plan to hold group outings once or twice a month to help students branch out and have new experiences. " />

Access Austin founders Sam Yonack, Andrew Kleiman and Sam Devine aim to provide an opportunity for students to explore the greater Austin area. They plan to hold group outings once or twice a month to help students branch out and have new experiences.

While many students find themselves indoors, drifting between schoolwork and sleep, members of Access Austin, a new club at UT, are exploring Austin in search of the spark that makes this city memorable.

Access Austin is a club driven toward discovering Austin through group outings. The group had its first meeting this past Wednesday but has future plans to organize trips online instead of in person. The inspiration behind forming this group came from the three founders realizing that Austin had so many diverse sites, yet they’d seen few to none in the time they had spent studying.

“It was a nice day out and we were sitting around, playing video games,” said undeclared sophomore Andrew Kleiman, vice president of Access Austin. “We always hear how great of a city Austin is, so we’ve decided we wanted to go out and see what the city has to offer, get other people involved and do stuff, whether it’s hiking, biking or eating — just to enjoy what the city has.”

Access Austin offers a unique exploration opportunity which allows students to branch out and bond by meeting new people and traveling with them to different destinations.

“We feel like we’re either on campus or on West Campus,” said Sam Devine, finance junior and head tour guide for Access Austin. “We don’t really leave the same group of people or the same area, so, if we can meet other people while learning new things about Austin, then it’s great.”

Officers work alongside members by asking for suggestions and giving them the chance to propose different locations to visit, and the group makes the arrangements.

“The cool thing about Austin is there’s really no limit on what you can do,” said Sam Yonack, pre-public relations sophomore and president of Access Austin. “There’s water activities, great concert venues where artists play, sporting venues — it has everything. It’s a really cultured city.”

The vast range of activities allows the club to be universal in tastes. When brainstorming plans for the club, the three founders came up with ideas such as kayaking on the river, visiting Mount Bonnell and other potential outings, all mapping different options for the club.

“Ideally, what we should do on an adventure or on a trip is go somewhere [and] get something to eat — at food trucks or something like that — and then all carpool to a location at a lake or [go] hiking,” Devine said. “We can combine the food aspect of Austin with music or nature. That’s the best way to do it.”

The activities for this group will take place once or twice per month, depending on the availability of members.

“We’re really excited to be able to provide an opportunity for those who want to bridge the gap between campus life and life in the greater Austin area,” Yonack said. “There’s a lot of things to do in the city and we look forward to doing them.”