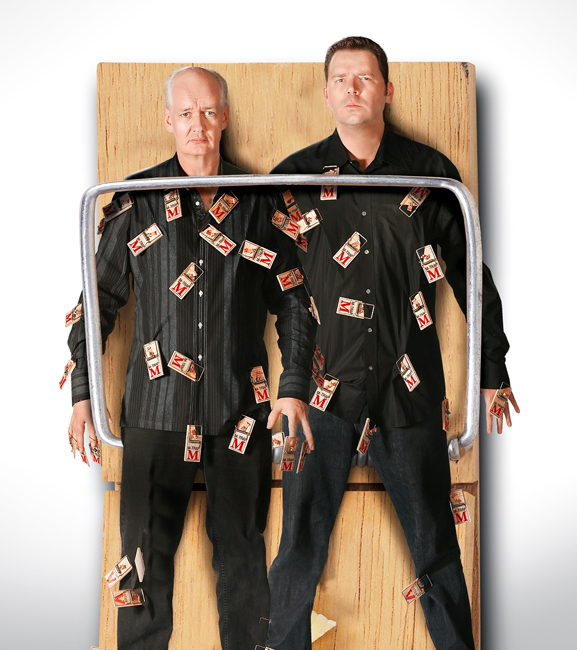 Stacey Amorous lost track of her high school friend Brad Sherwood after graduation, only to see him on Comedy Central several years later.

Amorous, associate director of the Liberal Arts Honors Program, became friends with Sherwood through theater in high school. Years after graduation, in 1992, Sherwood became a recurring performer on the British version of the improvisation comedy show “Whose Line is it Anyway?.”

When the show moved to American television in 1998, Sherwood joined the new cast. In 2006, he and fellow performer Colin Mochrie decided to tour on the side, and began their own show. Sherwood and Mochrie will bring their show to the Long Center on Thursday evening.

“We’ve never really thought we’d be doing this for so long, and we’re ready to do it for another 10 years,” Sherwood said. “It’s kind of this fun little part-time job that became our full-time real job.”

The audience spans all ages, according to Sherwood. He and Mochrie get to see people who have watched “Whose Line is it Anyway?” from a young age.

“College-age kids are coming to the show now and saying, ‘I grew up watching you guys since I was 6 or 7,’” Sherwood said. “It’s really cool — now they’re adults, and they’ve got their own jobs and their own money. It’s fun, because they might not have gotten to see us live when they were kids but now they can. It’s really cool to see. We’re sort of like a fond part of their childhood memories.”

For Sherwood, touring is a constant reunion with friends from his past.

“I’ve probably seen more people I knew in high school and college and other periods of my life than other people get to see again because I travel so much,” Sherwood said. “So I get to reconnect with people that all my other college friends will never get to see again.”

Amorous remembers Sherwood as “a clown, but in a good way.”

“He always kind of had that energy and that quickness that I admire,” Amorous said. “I’m probably one of his biggest fans, because being able to do improv is pretty impressive — he was always outwardly funny, super creative and quick. He was destined to do something like that.”

Sherwood attributes his style of humor to Mochrie.

“I’ve gotten a little goofier over the years, hanging around Colin for so long,” Sherwood said. “Just look at Colin. He’s pretty goofy. He tends to rub off on you. I try to go for really smart, witty comedy but I’ve hung out with him for so long that now I tend to do dumb stuff like he does.”

After more than 10 years of touring, constant traveling may seem exhausting, but Sherwood insists that his job could not be any better.

“We get to do our favorite thing in the world — doing live improv,” Sherwood said. “We like to make people laugh. We like the immediacy of being in front of a live audience, instead of the TV version. It’s really a dream gig.”