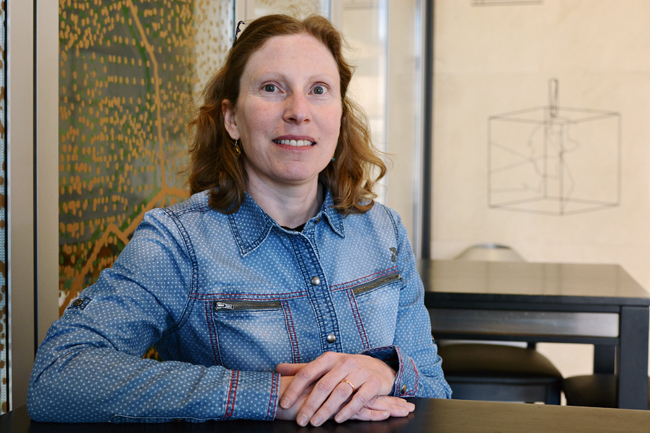 Congress’ decision to let across-the-board cuts go into effect last year following failed budget negotiations have had dire consequences for the next generation of biomedical researchers, according to Andrea Gore, psychology and pharmacy professor.

The National Institutes of Health is the largest source of medical research funding in the world. The cuts, known as sequestration, reduced the institute’s budget by 5 percent, which resulted in a $1.6 billion hit.

Viktoria Topper, cell and molecular biology graduate student, said the institute had to reduce funding for existing grants, as well as reducing the number of available grants altogether.

“Fewer grants were rewarded or renewed, culminating in a loss of about 722 grants for the year,” Topper said. “It also cut down the success rate of grant applications to 16.8 percent, the lowest success rate ever.”

Gore said graduate programs now have to be more selective and limited in the number of new students inducted.

“That may be one of the biggest long-term negative effects of these long-term budget cuts,” Gore said. “We’re not investing to the same extent in future generations of scientists.”

Topper said cuts to existing grants were hardest for her lab. In order to save money, the lab sent fewer people to conferences and used old equipment rather than upgrading.

“As a graduate student, these things can cut pretty deeply, as conferences are where we make contacts to find jobs post-graduation, and using older techniques or equipment lessens the impact of a paper,” Topper said.

Gore said grant funding not only pays for the experiment but also the salaries of technicians, graduate and undergraduate researchers.

“The last thing I want to do is cut my people, but, on the other hand, the long-term cut makes us have to think about how we’re going to be managing personnel,” Gore said.

Gore said, while she thinks the budget cuts have been devastating for the U.S., she remains optimistic.

“We just have to keep working harder and harder to [make critical discoveries], and sometimes it’s frustrating, but I don’t want people to read about these cuts and completely give up hope,” Gore said. “I have faith in this country, and I think we just need to keep pushing and telling people how important what we do is.”