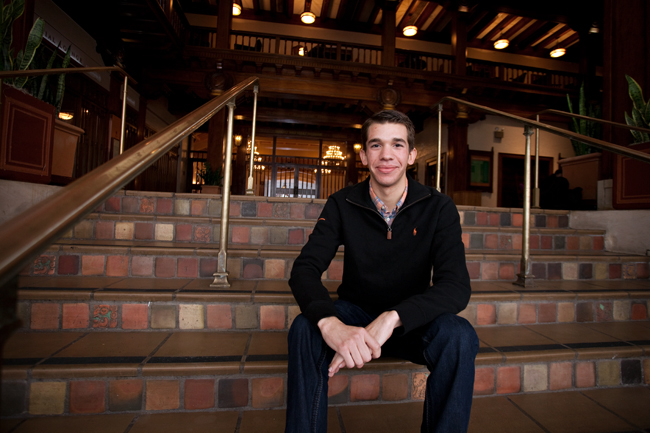 Human biology junior Cameron Crane was a finalist to serve as the student regent on the UT System Board of Regents. " />

Human biology junior Cameron Crane was a finalist to serve as the student regent on the UT System Board of Regents.

Human biology junior Cameron Crane is one of four finalists for the student regent position on the UT System Board of Regents.

Crane is the only current UT student who is a finalist, according to the candidates’ applications obtained from the governor’s office by The Daily Texan through the Texas Public Information Act.

If Crane is selected, he will be working alongside a familiar face, as Regent Ernest Aliseda is his uncle. Crane’s father is a U.S. district judge, his mother is the president of the McAllen Independent School District School Board and another one of his uncles is the city commissioner in McAllen.

Crane listed Aliseda as a reference on his application, though he said he did not consult Aliseda before applying. Aliseda declined to comment on his nephew’s application but said Horne has been helpful to him in his work on the board.

“It’s important to have a student’s perspective on things,” Aliseda said. “I think that having someone there that would give that perspective … has been beneficial for me. It’s great to have that perspective before having to make a decision that might impact students at all of our institutions.”

Crane said the student regent position is vital to the board and its decision making process.

“Regardless of [the student regent’s] voting power, their voice is still heard and is very important to the Board of Regents and the decisions that they make,” Crane said. “I think the student regent is one of the most important positions within [the board] because they are there for the students.”

Despite recent tensions between the board and President William Powers Jr. over the past few years, Crane said he thinks Powers and the board are resolving their relationship and the existing tension did not affect his desire to apply for the student regent position.

“I think President Powers is a great president for UT, and I hope that he stays here in the long term,” Crane said. “I think that [the tension] has kind of gone away in a sense. It’s definitely not as heightened as it used to be. I think that President Powers is doing a great job at reaching out to regents, he’s doing a good job at rebuilding and re-establishing a good relationship, which is beneficial for the board and students at UT.”

Crane said as a student regent he hopes to address students’ concerns about higher education costs.

“I think the biggest issue right now, at most institutions, is affordability,” Crane said. “At UT, it’s not just tuition affordability, it’s housing affordability and I think something definitely needs to be done with that … If we want to continue on the cutting edge and being the premier public university system in the country, something has to be done, whether it’s increasing tuition or cutting costs.”

According to his application, Crane is a member of Sigma Alpha Lambda, Alpha Lambda Delta and the Republican National Committee, and he volunteers at St. David’s Hospital. In November 2012, Crane was detained at the Austin-Bergstrom International Airport after an expandable baton was found in his backpack during a routine baggage screening. Crane — who has volunteered at the McAllen National Airport as an airport operations intern, overseeing internal security, since 2009 — said he simply forgot to remove the baton from his bag.