Duane Akina, head of ‘DBU,’ moving on to Stanford 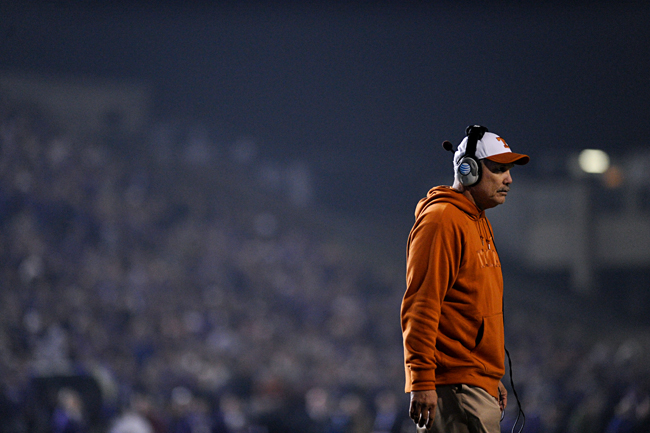 Akina joined the Texas staff back in 2001 and immediately began to build Texas’ reputation as “Defensive Backs University”, an aptly earned title thanks to the Longhorns' success over his tenure, sending several defensive backs to the NFL. Over his 13 seasons in Austin, 13 Texas defensive backs were taken in the NFL Draft, including five first round picks and 14 All-Big 12 selections.

Akina appeared to be headed to Arizona back in following the 2010 season, in which then head coach Mack Brown hired Jerry Gray for the same position. But, after Gray took the defensive coordinator position with the Tennessee Titans, Akina returned to the Longhorns.

Charlie Strong's hire of former Longhorn defensive back Vance Bedford as defensive coordinator and Chris Vaughn as defensive backs coach, forced Akina out of a job earlier this offseason, despite his impressive track record on the Forty Acres.