The best films at this year’s SXSW 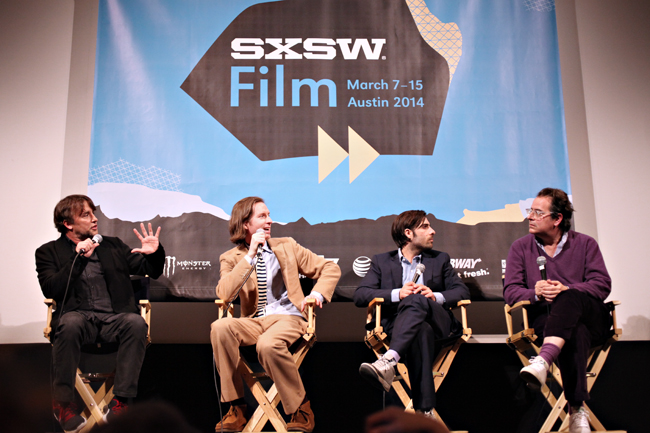 South By Southwest Film is the connective tissue of SXSW. While the Interactive portion takes up the first half of the nine-day festival, and Music renders Sixth Street a bastion of pot smoke and Doritos sweat for the back half, Film spans the entire festival and offers an uncompromising test to the endurance of every attendee.

While some of the best films at the festival were carryovers from the Sundance Film Festival, highlights like “Housebound,” “Long Distance” and “Exists” had their first screenings at SXSW. The combination of proven titles from other festivals and strong world premieres resulted in a wide range of exceptional films that kept fans lining up long after crowds have thinned in previous years.

Some of the best films at this year’s festival were also among its hottest tickets. After its first screening was canceled, “The Raid 2” screened to a packed house in the early hours of Tuesday morning. The film assaulted the audience at Paramount Theatre with a barrage of broken bones and knife wounds, go along with an imploding head. The film quickly established itself as an instant action classic.

Richard Linklater’s “Boyhood” was also among the best of the festival, and Linklater’s unusual approach to the film could be a genuine game-changer. He filmed his coming-of-age epic over 12 years, tracking the growth of stars Ellar Coltrane and Lorelei Linklater from pint-sized kids to borderline adults. It’s a tremendously effective method, and Linklater deserves endless commendation for his creative, achingly honest storytelling achievement.

The most fun a festival attendee can have at SXSW Film is the midnight movies, which are generally a great, bloody palette cleanser for the day. Audience Award winner “Exists” had the honor of being the sole film screened in the final midnight slot of SXSW and was a great way to close out the week. “The Blair Witch Project” co-director Eduardo Sanchez returns to familiar territory with his story of a handful of kids headed to a cabin in the woods, only to encounter a violent Bigfoot once night falls. While “Exists” has paper-thin characters and falls into many of the tropes of the horror film, it can boast a few memorable and surprising jump scares and shows an encouraging amount of enthusiasm in showing its fairly terrifying monster.

Even better in the Midnighters lineup was Adam Wingard’s “The Guest.” Featuring former “Downton Abbey” star Dan Stevens in a star-making performance, Wingard’s follow-up to “You’re Next” felt like a top-notch version of a cable-ready ’90s thriller, mixing the vibes of “Halloween” and “The Terminator” with the festival’s best soundtrack.

The best genre film at SXSW this year wasn’t even in the midnighters category: the New Zealand haunted house story “Housebound,” starring Morgana O’Reilly as a miscreant sentenced to eight months under house arrest in her mother’s home. One of the great surprises of this year’s line-up, “Housebound” is a dryly comedic bit of pulpy fun, with its scares unfolding as organically as its twisty but naturally escalating plot.

Whether a film was a new work by an acclaimed director or a surprising debut from a fresh new voice, there’s nothing quite as exhilarating as settling into one of the 1200 seats at the Paramount Theatre with a crowd buzzing with anticipation, tuning out the free booze and dull roar of the rest of the festival, and letting yourself be swept away by the rush of discovering a great new film.

Read the complete recap at dailytexanonline.com. Among the festival’s impressive documentary line-up, standouts were “Harmontown,” a brutally observed portrait of “Community” creator Dan Harmon and Grand Jury Winner “The Great Invisible.” The former follows Harmon on a national podcasting tour in the aftermath of his firing from “Community,” and portrays its subject as a drunken boor, but also allows him enough self-reflection to acknowledge his own flaws. It’s ultimately a sympathetic but unsparing film, and anyone who’s ever gotten swept up in their own creative process may be shaken by how much they see themselves in Harmon.

“The Great Invisible,” on the other hand, portrays those affected by the BP oil spill of April 2010 with a magnifying glass, showing how their lives have been swept up in the black muck that still remains in the Gulf of Mexico. The film struggles to decide between being an indictment or a warning to future oil companies, and flirts with ending for a half-hour longer than it should, but it’s a moving, upsetting look at grotesque corporate incompetence and the innocents thrown into despair because of it.

There are plenty of other films at this year’s festival worth spotlighting, like Audience Award Winner “Before I Disappear” or the quietly devastating “Long Distance.” On the whole, this year’s SXSW Film Festival was a nine-day immersion into cinema from all over the world, and while not every film was a home run, there weren’t many duds.