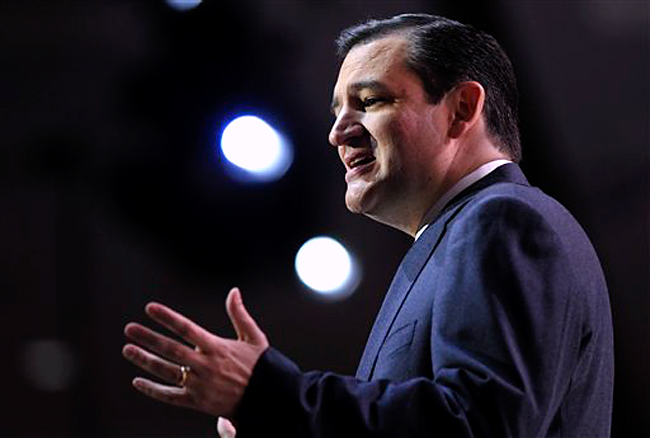 Texas has been at the forefront of the 2016 presidential election for some time now — not only because our Republican-dominated state holds the second highest number of electoral votes, but also because Gov. Rick Perry has his eye on the GOP ticket. However, Perry was far from a substantial contender in this year’s Conservative Political Action Conference straw poll, which occurred from March 6-8, ranking in ninth place, despite his concerted effort this year to appeal to a more conservative base.

Kentucky Sen. Rand Paul, the son of Libertarian Ron Paul, came in first place with 31 percent of the vote, while Texas Sen. Ted Cruz came in second place with 11 percent. Paul calls himself a Libertarian-Republican but has written two books touching on the Tea Party platform. Cruz, in case you haven’t noticed, is perhaps the most vocal Tea Party advocate to ever have held the national spotlight. Together, the two men garnered 42 percent of the vote, highlighting the growing influence of far right ideology within the GOP.

Historically, the CPAC poll has been a good indicator of whose names we’ll find on the Republican presidential ticket. With the exception of Ron Paul, the 2010 and 2011 victor, each individual who has won the straw poll more than once since 1976 has appeared on the Republican ticket for the presidency, making Rand Paul, who consecutively won the 2013 and 2014 poll, the apparent front-runner.

Put simply, the poll's results seem to indicate that the next GOP ticket could be even less moderate than the last, all while national polls indicate that the country as a whole is becoming more progressive, particularly on social issues such as same-sex marriage, immigration reform and marijuana legalization. While it is unlikely that Cruz has a shot at the White House, considering his far-right stance, Cruz’s second-place victory should still mean his party is hell-bent on ignoring the nation’s feelings on progressive issues such as gay marriage.

A Washington Post/ABC News poll this year found that 58 percent of people believe Americans should be able to marry whomever they choose — a stance that neither Rand Paul nor Ted Cruz supports. Even the youth in the GOP are erasing the lines on social issues. A February poll by the Public Religion Research Institute found that the percentage of millennial Republicans who favored same-sex marriage stood at 50 percent.

Immigration, another issue that is particularly important to Texas, was also largely avoided in the CPAC convention, but it remains one of the most divisive issues among conservatives. This continual gap between conservatives and the nation as a whole on key issues raises a crucial question: Where is the Republican Party headed? With conservatives moving further and further away from moderate Republicans, and politicians such as Cruz and Paul taking center stage, particularly in the CPAC poll, it seems as though moderates are losing their place in the Republican Party. Thus far, the GOP strategy to deal with this divide has been to avoid touching on social issues altogether, touting a so-called fiscal conservatism to attract young voters to the party.

But, rather than falling into the trap of giving into such rhetoric, young voters, particularly voters in a state as conservative as Texas, must think carefully before throwing support behind either party. Austin may be a bubble in regard to its progressive stances on social issues, but the rest of the nation is not. So voters should pay attention to which groups politicians vying for the 2016 GOP ticket appeal to in the early campaign stages. Because, while trying to draw support from conservatives, otherwise moderate leaders may be pushed into taking a more right-wing stance. And that’s something to be aware of, especially in a state that has recently shown overwhelming support for the Republican party.